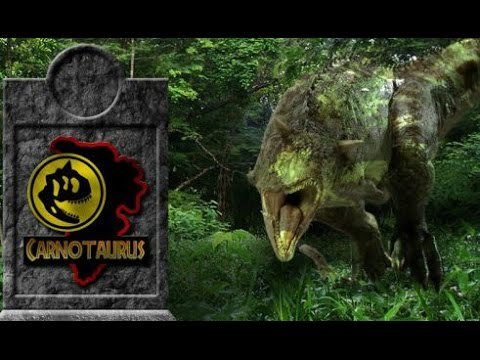 The Carnotaurus pair split up, in search of food.  A mile away, Rexy smelled them, heading toward them.

The Carnotaurs felt the ground shake, and turned around to see a massive Tyrannosaurus Rex walk toward them, roaring.  They roared back, as the female Carno charged.  She hit Rexy's shoulder with her horn, but the larger predator bit down on her back, crushing ribs.  The male jumped on Rexy, clamping down on her spine.

The T-Rex roared in pain, letting go of the female.  This allowed the Carno to attack the T-Rex, biting her arm.  However, this only provoked the T-Rex's rage, and she shifted and shuddered, knocking her attacker down.

The male fell off, watching in horror as Rexy picked up his mate by the belly, damaging her ribs further.  She shook her like a rag doll, killing her.  The dead Carnotaurus slumped to the ground, as Rexy turned toward the male.

She charged, and the Carno turned away, being grabbed by the tail.  He roared as it was broken, then continued fleeing.  Eventually, he reached the edge of a cliff, where he turned and charged toward the T-Rex.  They ran toward each other, their heads colliding.  The Carnotaurus's head was better suited for ramming, but Rexy was built more sturdier, bulkier, and stockier, allowing her to push him back.  Just before he would've fallen to his doom, he moved out of the way as Rexy stopped at the edge.

Turning, she bellowed as the ground beneath her began to collapse.  She ran, escaping the crumbling dirt.  The Tyrannosaur grabbed her foe by the neck, throwing him into a tree.  The Carno stood up, but he had been severely injured.  Rexy crushed his ribs and organs as adrenaline pumped through her veins.  She slammed him into the same tree, killing him for good.  Rexy began to eat the two Carnotaurs.

The T-Rex won due to being a larger, more advanced carnivore. 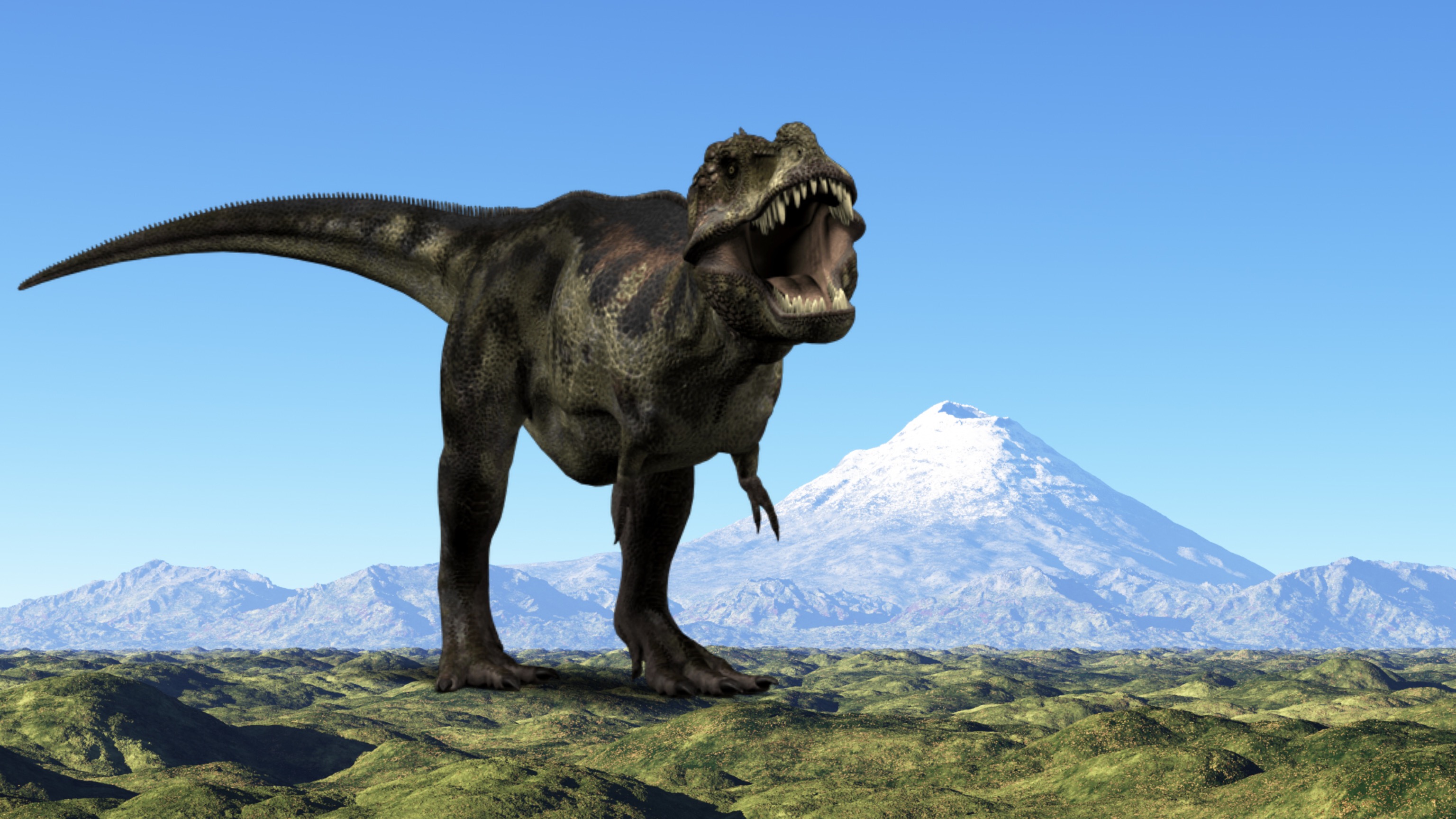 JPSPINOREX65 - That was an extremely compelling battle! I very much enjoyed the uncertainty you created near the ending sequence! Of course, I am very pleased that the T. rex was the victor! Thank you ever so much for sharing this with us! :)

@SR, Thanks, and T-Rex is pretty much the ultimate predator. ;)

She means when the ground started to crumble at Rexy's feet.

LORD VADER - You are correct, as always, my friend. :)

@Lord Vader: Thanks.  Rexy could win any day.

JPSPINOREXY65 - You are most correct, my friend! Did you ever see the National Geographic special T. rex Autopsy? It was very insightful into the sheer mass of the animal! I feel that you strongly captured the sense of mass in you narrative! :)

@SR: Haven't seen the whole thing, but I saw how big it is.  Still not as big as Jurassic Park's and Jurassic World's T-Rex, Rexy. 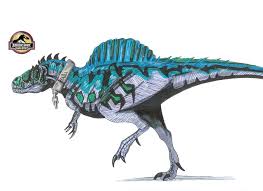 I have to say this was a good battle even though my favorite dino is Carnotaurus. I can understand that T-rex is a more advanced carnivore. Plus, nobody messes with Rexy.