NoobMember0 XPFeb-06-2013 2:29 PMI recently saw a UFO do***entary that investigated the small percentage of creditable evidence for UFO sightings entitled ' [url=http://www.youtube.com/watch?v=wtBnB8ONiJA]Secret Access: UFO's on the Record[/url]. Normally I don't pay too much attention to this subject as over 95 percent of the photos or videos on line are fraudulent, but my attention was captured as I watched this fascinating do***entary on the subject and Prometheus remained in the back of my mind during the whole viewing. This subject has long been ridiculed by the US government, who long ago established the official policy of denial and redirection that they practice. However in spite of their efforts to dissuade the population at large of any open minded investigation into the subject of UFO phenomena, increasingly strong evidence has been ac***ulating including the Phoenix lights of 1997, the events at Rendlesham airforce base in the UK in 1980 and the over 2 year Belgian wave of sightings that are truly incredible from 29 November 1989 to April 1990. This latter series of thousand of sightings involved the Belgian government establishing a protocol of scrambling F16s as they took an unknown incursion into NATO airspace quite seriously. [img]http://upload.wikimedia.org/wikipedia/commons/7/75/TriangleBelgium1990.jpg[/img] One of the photographs that came out of this huge group of sightings was investigated by many scientific experts in photographic and other disciplines to determine not only validity but to attempt to determine what type of propulsion systems could these craft use to move so silently and instantly at enormous velocities and it was found by a nuclear physicist at U. Paris Sud that high magnetic fields were detectable in the slide in question. This suggested a magneto plasma dynamic propulsion system meaning the force generated is magnetic in origin generated from electricity through the following equation: F = q[b]E[/b] + q( v X [b]H[/b])/ c, where [b]E[/b] is an electric field, [b]H[/b] is a magnetic field , v is the velocity of a particle and c is the speed of light with X being the cross product of the two vectors. This is consistent with all the most credible sightings and the characteristic movements as mentioned above. I highly recommend to all serious Prometheus or Sci Fi fans to watch this do***entary as I personally found it to be the most well constructed and valid treatise on the subject and suggests how interstellar space craft as depicted in all the Alien franchise and Prometheus could travel to distant star systems at greater than light speeds. Craft capable of utilizing magneto plasma propulsion systems would neatly solve the problem of how great distances could be covered by ships like the Prometheus or Nostromo although the shapes would have to be significantly modified for aerodynamics and there would probably not be any visible propellant ejected from the rockets as seen from the Prometheus or Narcissus. [url=http://douglastrumbull.com/videos]Douglas Trumbull[/url] who has worked with Ridley Scott on Blade Runner as well as other huge Sci Fi directors is also shown with his proposed project entitled UFOTOG , for which I am also providing a link is an important speaker on this excellent do***entary of UFOs. I was trained by the University of California in Chemistry and am not easy to fool, so take the word of a PhD scientist who has vetted this show as the real thing. Also Doug Trumbull should be greatly invested in if anybody out there has any funding ideas for him.
[img]http://0.tqn.com/d/chemistry/1/0/E/1/1/chemistry-glassware.jpg[/img]
6 Responses to I saw a UFO documentary that I am recomending to all interested Sci Fi fans 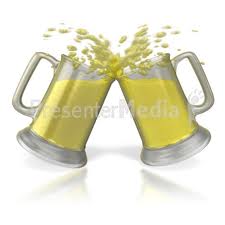 NoobMember0 XPFeb-08-2013 4:57 AM[url=http://en.wikipedia.org/wiki/Kecksburg_UFO_incident]Kecksburg[/url], Roswell, Rendlesham forest, the Phoenix lights, JAL flight 1628 and the Belgian wave - these and others are the most thoroughly do***ented cases of UFO sightings or crash landings on record. In two of the most famous cases, the crash sights were cleaned up and subsequent collection of all physical materials on to trucks or other vehicles by the US government, and what followed was a systematic program of disinformation, threatening of civilians with prison or when cases involved military or flight officers, ridicule and subsequent job loss or demotion for all pilots, officers or military or flight personnel daring enough to go on record as having witnessed a UFO. Leslie Keane's book[url=http://www.amazon.com/Secret-Access-UFOs-On-Record/dp/B005GHJMX8] Secret Access: Secret Access UFOs On the Record[/url] [img]http://ecx.images-amazon.com/images/I/41lO0EaafcL.jpg[/img] was made into an hour and a half do***entary a year ago and shown recently again on the History channel, which is normally a somewhat questionable source thanks to poor programming with ridiculous coverage of ghost hunters or ancient alien series, however in this case they got it right and the do***entary is an excellent translation from the information in the book. Even more exciting , the do***entary can act as a key that unlocks the whole world of UFO related government cover-ups, fraudulent UFO sightings with faked photographic or video data, and the list goes on. Its an Alice in Wonderland where the truth is stranger than fiction and things that are right in front of thousands of witnessing citizen's eyes were later explained to be flares laid down by the USAF over an hour and a half later in the evening instead of what their senses told them for 108 minutes starting at 8:15 on March 13, 1997 [img]http://upload.wikimedia.org/wikipedia/en/3/3b/PhoenixLights1997model.jpg[/img] Leslie Kean with the backing of the Sci Fi channel in 2005 wound up filing a FOIA lawsuit to force NASA to release mountains of do***ents on Kecksburg since they along with the USAF were on site and it is highly likely made off with the crashed acorn-shaped craft covered in unknown symbols looking not unlike heiroglyphics. While the results of the NASA search of their own records consisted of ultimately, many missing or heavily redacted do***ents, it managed to raise more questions than were originally asked prior to the cover up. There is much on line regarding the results of the [url=http://ufoupdateslist.com/2005/dec/m13-006.shtml][u]FOIA lawsuit[/u].[/url] and NASA's explanation that it was a Russian satellite doesn't hold water since why would a satellite with obvious military value be confiscated or analyzed by NASA particularly in the middle of the cold war!? The USAF was there too, so why wouldn't the Pentagon demand custody of the satellite and all subsequent do***ents related to it? Again, questions raised such as this make the results of the lawsuit more interesting then NASA's claim by a long shot.
[img]http://0.tqn.com/d/chemistry/1/0/E/1/1/chemistry-glassware.jpg[/img]

NoobMember4 XPFeb-08-2013 10:29 AMI've watched [url=http://www.youtube.com/watch?v=9jJhmwpQ-RI]Doug Trumbull's UFOTOG video[/url], sometime ago. I figured that it was something that he wasn't able to generate any interest in, from the powers that be. Maybe Warner is still pissed at him over his revelation, regarding the supposedly destroyed "2001: A Space Odyssey" footage, publicly. And likely some equally unhappy with his strong unsolicited opinions, over the handling of the BP-spill I just checked to see if anything else could be found regarding UFOTOG, & here is what popped-up from a search: [url=http://ufoscrutiny.blogspot.com/2012/09/douglas-trumbulls-response-on-ufotog.html]Douglas Trumbull's response concerning UFOTOG (Sept-2012)[/url] I really didn't think he was going to be getting any bites myself, after I watched his introduction video. Not in the skies, nor the media. And if I had to guess, it appears he's been blacklisted to some degree. Nonetheless, it sure would be interesting to see his results, even if there was funding for at least a year. Doug has traditionally always been regarded as a bit of boat-rocker, & is no stranger to getting the plug-pulled on, or having to shelf innovative projects. With how long he'll be punished for, concerning his recent round of political incorrectness, is anyone's guess. Hopefully, not for too much longer, as I would surely like to see him get that [url=http://www.youtube.com/watch?v=EspoBBvhKdQ]"2001: Beyond the Infinite: The Making of A Masterpiece"[/url] do***entary restarted, & before the year 3000. Thanks nostromo001, & the '97 ^ craft looks like a wild-ride:) S:)

NoobMember0 XPFeb-08-2013 3:45 PMThat is interesting regarding Douglass Trumbull being politically incorrect and possibly blacklisted. It sounds like a convenient way to keep him quiet and underfunded. Apparently there is much government interest in keeping the status quo program of disinformation and ridicule in place.
[img]http://0.tqn.com/d/chemistry/1/0/E/1/1/chemistry-glassware.jpg[/img]

NoobMember0 XPFeb-10-2013 3:22 AMI just learned from Kane77 that these craft are very likely TR-3B which the US Government developed under the code name Aurora at area 51. Please see the post at the Prometheus site[url=http://www.prometheus2-movie.com/community/forums/topic/12301] [u]here[/u][/url] . Its very cool when we can share information at these related sites that can help us answer questions that it would be much harder on our own by putting our heads together.
[img]http://0.tqn.com/d/chemistry/1/0/E/1/1/chemistry-glassware.jpg[/img]
Add A Reply