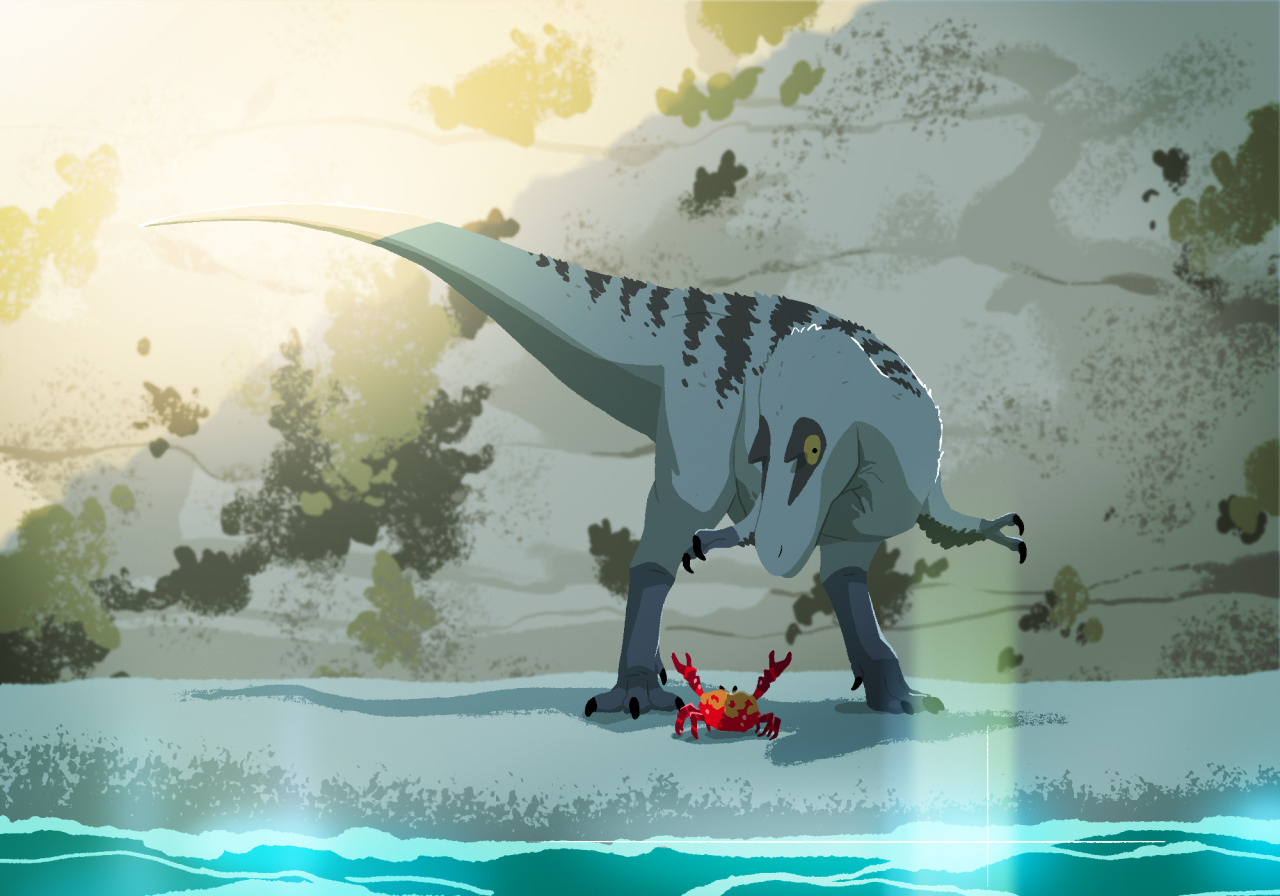 These tyrannosaurs are feathered completely. They like to live in the beach but they are careful since the larger Eustreptospondylus also wanders the beach. And they are one of the only tyrannosaurs that have useful arms. Alectrosaurus like to scavenge, but some hunt. Although it is dwarfed by larger predators like, Eustreptospondylus, Irritator, and Majungasaurus they dont fear them. Its scaly horn like osteoderm bulge on top of their eye. Alectrosaurus have great jaws to grip and bite. It does live in pairs but it mostly stays alone.

Due to its small size it stays in pairs or packs. They are fragile and can be dragged and tossed around like a ragdoll. However they do possess great teamwork to take down large prey. They like the swamplands due to many fish that live there and some small dinosaurs too, like Xiaosaurus one of its main prey. Although they do need to be careful since Vallibonavenatrix do mainly go to Jet Swamp due to its thriving population of fish, small dinosaurs, and you know it,Gasosaurus. They have played a great role in the island.

A little Xiaosaurus runs away because a Gasosaurus pair chases it, The male opens its jaws and snaps. However the Xiaosaurus manages to dodge it and run towards the beach. It screeches in pain as it enters the beach, an Alectrosaurus has devoured it. The pair roars ready to fight, the Alectrosaurus gives them a terrifying gaze. He charges opening his large jaws ready to crunch on the pair. However they both dodge it as the female slashes his eye, and the male slashes his leg. The Alectrosaurus bites onto the females right thigh, pulling with all his might.

The female screeches in pain as the male bites onto the Alectrosaurus's tail leaving a gash. He lets go but the Alectrosaurus immediately slashes him with his claws. He backs down, but the female slashes his left thigh as he immediately turns his attention to her. He charges and bites onto her neck tossing her to the sea shore like a ragdoll. Out of nowhere, a Cretoxyrhina showed up and bit on her tail, pulling her to the sea. The male holds on to her using his jaws, and is able to pull her out of the sharks jaws.

Larger, Stronger it was outnumbered but once the pair went into its territory, it had the terrain advantage.