Voting leads to the winner Iguanodons are heavy duty herbivores that can tank slashes by carnivores, they form herds to protect themselves from predators like Neovenator,Megalosaurus, and sometimes Baryonyx. Iguanodons are sometimes docile towards some. They have spike thumbs that can penetrate skin with ease as they also deliver severe injuries. They have relatively fat tails that are used to defend. Iguanodons are extremely heavy, if one sat on you that would be like an overweight Asian Elephant sat on you! Iguanodons have white stripes on its legs, arms and tail. They have a white underbelly and a dark coloring on the upper body. 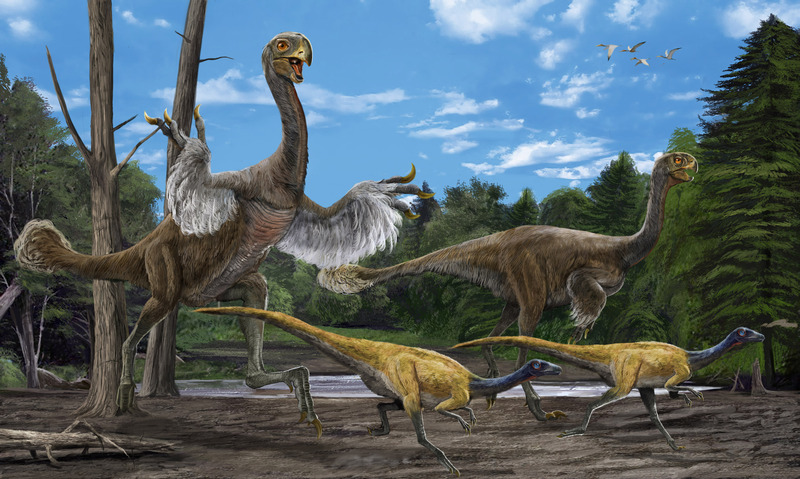 Gigantoraptors are the king of oviraptorids, as they tower almost anything they see. They have toothless beaks to pick up corpses. They have claws that are sharp to the kill. They are feathered as they are also fast. Gigantoraptors is Mongolias poster child for tall. They have long legs that can also kick, that kick would be 2x stronger than a Kangaroos! Gigantoraptors are scavengers and sometimes hunt. Being the largest oviraptorid pays off as it is the true scavenger king of Mongolia. Gigantoraptors have brown feathers with blue spots going around its leg to tail.

A Velociraptor is eating on a Protoceratops carcass as it starts nibbling on its flesh. But a female Gigantoraptor looks at the Velociraptor as it scurries away not wanting to be killed by her gigantic size. She picks up the carcass with her beak as she starts to trek to her home. Along the way she spots a male Iguanodon, the perfect prey.

She waits for the perfect opportunity as she charges and slashes him, he notices and smacks her with his arm, she is pushed backwards as she clamps her jaws onto his neck, as she slashes continuously as he sticks his spiked thumbs onto her underbelly. She shrieks in pain as she bites again inflicting more pain. He has had enough he pushes her away as he hits her with his arm, she becomes dizzy as she accidentally slashes him.

She is able to control herself again and clamp her jaws again on his tail. He turns around but she is dragged by his tail. She bites harder as her toothless beak pierce into his skin. He roars in agony as he is pushed to a sharp rock, stabbing him on the neck killing him. She takes the chance to rest and then drags the body to her nest. It was a long process but she is able to go home as she and her mate nuzzle noses as they begin to feast. 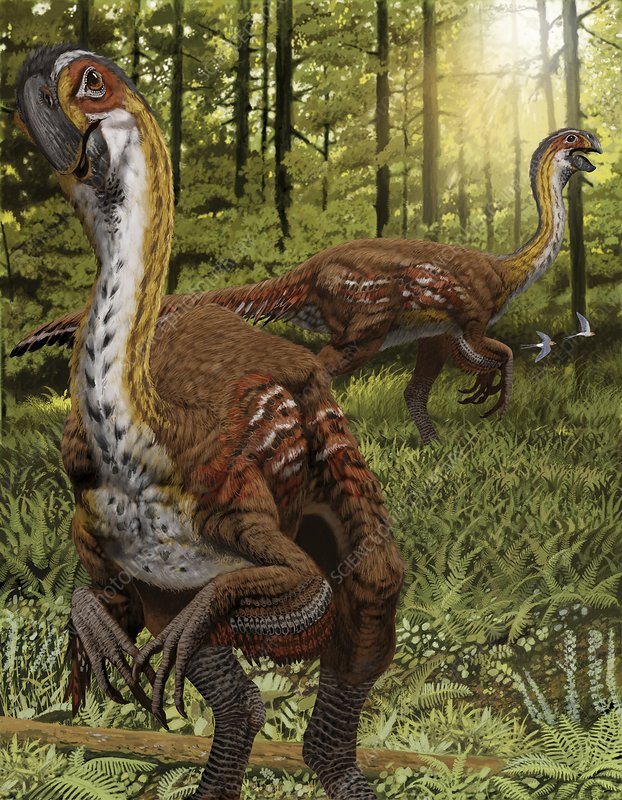 Her claws helped with her this time, She was faster and was able to deal the first blow.

4 Responses to DBG:Gigantoraptor vs Iguanodon

I want a gigantoraptor as a pet now

My child likes dinosaurs very much.

As long as we set a goal and we are determined to achieve our passions and goals, our determination is limitless.

You guys vote for the winner in the next round.

Xenotaris replied to Will the new sequel Godzilla and Kong most likely involve romance or not?

Xenotaris just cast their vote on the Poll: Will it involve Romance?
More Activity