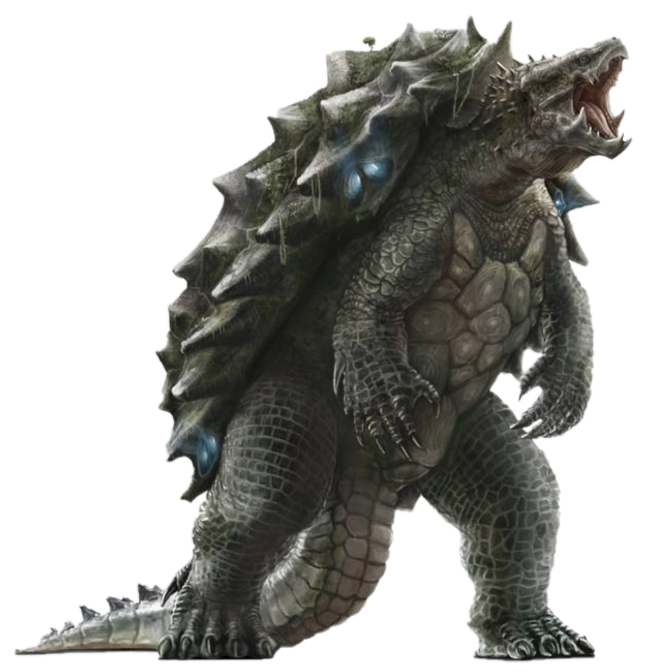 10 Responses to ADD GAMERA TO MONSTERVERSE

I would love to see Gamera in the MonsterVerse (so we can finally have him fight Godzilla), however I don't know how well general audiences would react to him (a giant turtle that flies by shooting jet streams out of his shell may be a bit too goofy for some people). Plus Gamera isn't as well known to the general public in the same way that Godzilla and Kong are.

I mean, adding him might introduce him to audiences. Maybe they would be enticed to look more into his franchise.

my take on it tho

yeah like give him his own movie and build up him and Godzilla's potential fight?

While adding him to the MonsterVerse would help introduce him to new audiences, the main problem is that the character isn't well know so any solo movies featuring him probably wouldn't do well financially.

As much as I like Gamera too and wish he had a Hollywood adaptation, the Monsterverse is unlikely to be the franchise to do it. Since the Monsterverse utilizes Toho monsters and Gamera is not owned by Toho, but rather Daiei Film - a competing studio. It's like having Pepsi in a Coca-Cola commercial, not likely haha.

Yeah they should,but just not the rival of Godzilla,it cannot work if you ask me.

i think there should be more Toho owned Monsters in the MonsterVerse like Destoroyah.

I think it would be a very nice addition and it would give Gamera. A nice little push

HinikunaGoji 47% To Next Rank
2K
Support Us
Become a Supporter / Help Keep us Online!
Latest Activity