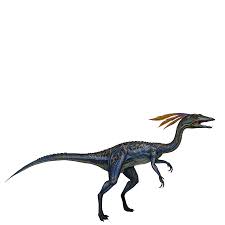 This was a project made by Die Hard Spino Fan and Kamoebas V.6.

Compsognathus longipes could grow to around the size of a turkey.

Compys can reach the maximum length of 4 feet

Relies on speed and agility

The higher classification is Huayangosauridrae

Back plates not as effective as most stegosaurids

In the deserts,a lone Huayangosaurus is traveling,seeking food and water.But the Huayango's presence alerts a Compsognathus.The Compy moves out of his spot and chases after the Huayango.The Compy then jumps on the back of the Huayango and starts to bite it.Huayango shakes the Compy off,but the Compy calls his pack.The Compys arrive and immediately bring down the Huayango.The Huayango uses it's tail to push some Compys out of the way,it manages to get back up.It smacks most of the Compys that come to attack it,until some manage to get on it's head.The Compys eat one of the eyes,then they bring it down again.But this time the Compys manage to attack successfully,they then kill the Huayango with a lot of bites and tackles.The Huayango is then eaten by the pack of Compys,as it seems like the creature was destined to die from the beginning.

15 Responses to Pack of Compys Vs. Huayangosaurus (EDB Season 3 Part.1)

I don’t think compys are this agressive in real life.

So trash you need help with this one.

HA IDIOT UR GETTING BANNED

James Inkton 2,
I do not know what happened between you and others on here on Discord, nor do I care. But if you continue baiting flame wars that incite threads being locked and name calling, you will be banned. Last warning.

Lol guess what i aint baiting anything im stopping the wars

"HA IDIOT UR GETTING BANNED"

Is a baiting comment and includes name calling. This isn't up for debate. Either stop or be removed. Your call.

NO IDIOT BTW I ALMOST DOXXED YOUR FRIEND.

Did I just refer to myself?