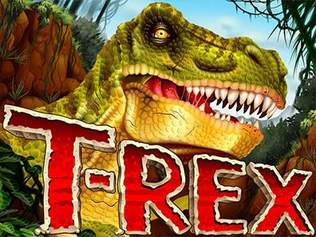 My backstory with the T-Rex.

I have a backstory with the T-Rex,so why shouldn't i share it?

So when i was a kid,i saw this movie called Jurassic Park,it was cool and i liked the main Dinosaur which was the T-Rex,then the next movie appeared.The Lost World Jurassic Park 2,it was alright,but then came the third movie in the franchise,which is in my opinion the best Dinosaur movie ever made and its also my favorite,i loved the movie with the Deinonychus gang as i like to call it,and the Spinosaurus scared me,but the main thing about the movie is the Spino Vs. Rex battle.

I enjoyed this short battle even if the Rex lost,i heard some people say:

And so i thought in my mind:

Maybe the T-Rex isn't my favorite Dino,and why is he in every single movie,is he the only important one?

So i thought that the T-Rex is overrated so i hated him for so much years,he is the only Dinosaur that was not on my favorite Dinosaur list,and when JW got released,i was excited,but i found out that the movie is lame and bad.

Because the I-Rex was in the movie just to get killed by the T-Rex.

Then i noticed this trend with Jurassic Park movies:

The only Dinosaur which gets unlimited love,respect,attention and popularity is the Rex.

But i still love the Rex,he is on my favorite Dinosaur list,but those were the reasons why he isn't my true favorite.

People called me a loser for my favorite Dinosaur being Allosaurus or Spino.

Anyways thats my backstory with the Rex,i still like the Rex to this day!

8 Responses to My backstory with the T-Rex.

Hold on, people called you a loser for your favorite dino being allo instead of just liking Dinos? Not that there's anything wrong with either, or course. I love Dinos and allo. But... usually, at least in my experience, people get mocked for the fact that they love Dinosaurs in general.

Yeah they did call me a loser,they also liked Dinos and thats why they didn't say that im a loser for liking Dinosaurs.

Ah, ok. Well, I think you should just leave em be. If they can't tolerate another opinion, then just leave the group or whatever.

@Kamoebas V.6, it truly is weird that you didn't encounter individuals who humiliated you for liking dinosaurs in general.

But that doesn't excuse for how your contemporaries treated you.

Having an affinity for a particular genus of dinosaur is fine, for whatever traits it may be.  Your peers in question were very ignorant in not being able to separate objective comparisons to subjective affinity.  And ignorance should never be tolerated.

@TheLazyFish, yeah, that's unfortunately how it goes.  And it makes no sense.  People are stupid.  Yet, one thing people like is violence.  Dinosaurs were violent.  Why not like them?  It's like how a ton of "cool" people hated Star Wars, even though there is tons of violence with laser guns, laser swords, and explosions.  Stupid people are stupid, and too often they become bullies.

Some other people said that im a loser for liking Dinosaurs in general,that happened 6 times.

Perhaps a bit of a late response, but being called a loser for liking dinosaurs in general isn't cool. We all like different things. People will be called names for liking all sorts of things. Look at me. I like dinosaurs, Star Wars, Lord of The Rings, Game of Thrones, which can be considered "dweeby". On the other hand, I like hunting, guns, diesel trucks, I run heavy equipment for a living. That's all looked down on by some as well. I don't care what others think. I like what I like and if someone has a problem with that they can screw off.

Being called names for preferring one dinosaur over another is also BS. I will admit, 2013 all the way up to 2016 (maybe 2017) on these forums was a major disaster in the Rex vs Spino department. I'm not going to sit here and pretend I'm perfect (look at my topics, the fights I've written, etc, I'm far from it). I was 14 when I joined this site and I'm 21 now. You see a lot in 7 years. A lot changes so I wouldn't worry about it. The only one who's opinion matters is your own. Sure, it may seem like you're alone, but it's not permanent.