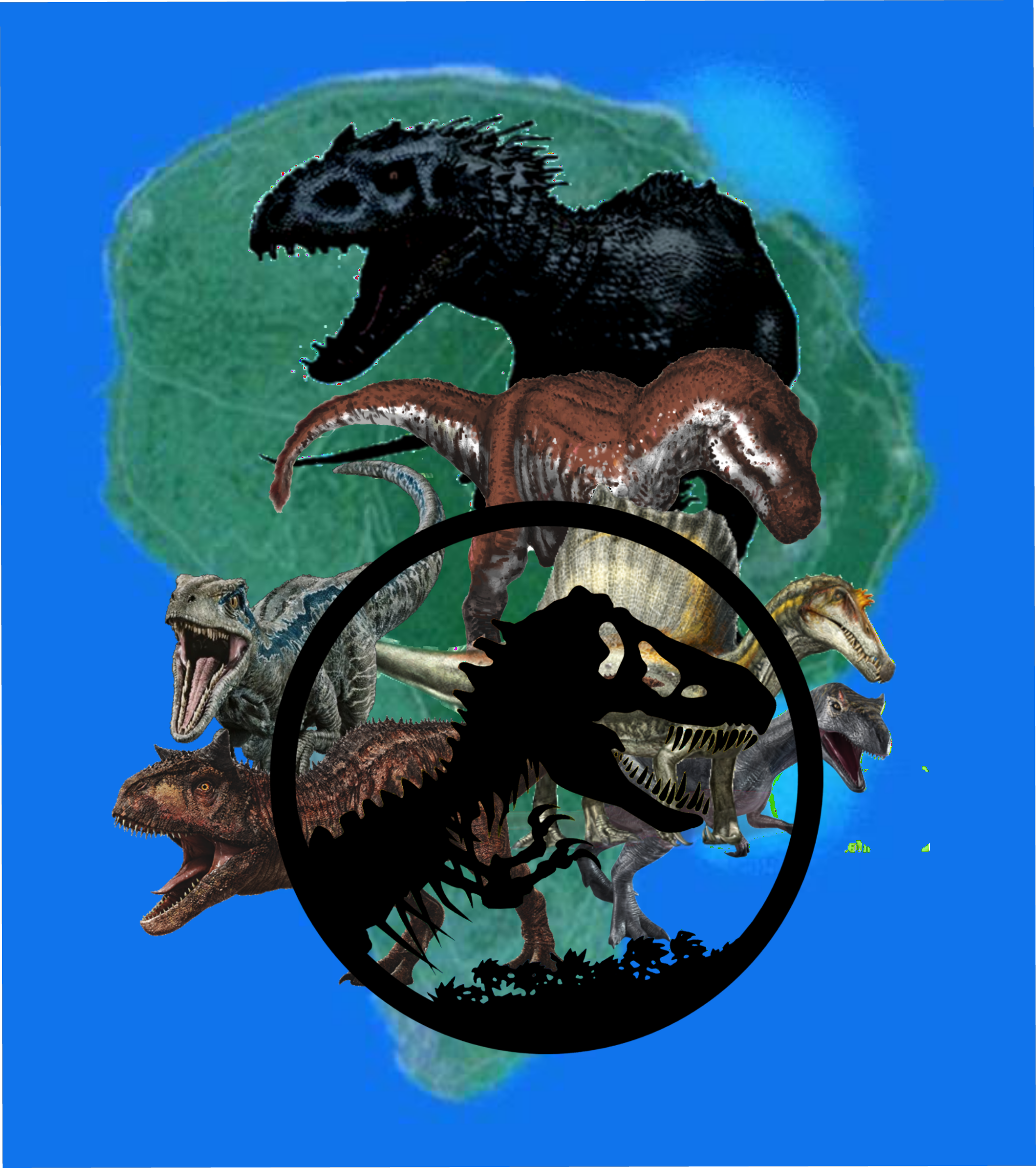 Pain. Rage. Anger. Loneliness. All these feelings enveloped the Indominus rex sibling as she was locked in isolation. She had been deemed too aggressive to be publicly displayed, so her sister was used as a park attraction instead. She had been locked in a small cage, barely big enough to fit her fifty-foot body. However, she would soon get her freedom when her sister singlehandedly took down the park.

With the humans no longer poking her with cow prodders, the Indominus grabbed the bars of her cage in her arms, bending them as she shoved her head out of the cage. The I.rex then squeezed her shoulders through, pulling the rest of her body out with her muscular arms. Bursting through the building wall, she took in the island's tropical green scenery before letting out a fearsome roar.

The morning after the Isla Nublar incident of 2015, a single, solitary dinosaur stood on top of the park's helipad. This was Jurassic World's resident veteran Tyrannosaurus rex, a clone of the Tyrant Queen, Tyria. The regal theropod overlooked the abandoned park before releasing a mighty bellow, claiming the island as hers. She was still bleeding from her fight with the Indominus rex, but her injuries did not seem to hinder her.

Stepping down, Tyria entered the jungles of the Restricted Area, hearing the familiar gentle songs of the original park's Brachiosaurus. Raising her head, she sniffed the air, detecting the scents of five other individuals of her kind--and they were very close to her. She watched as the Tyrannosaurs, led by a reddish-brown alpha male, entered the clearing. The two stared at each other, each sensing familiarity in the other. Then, they remembered--they had been mates in the prehistoric world.

The male, named Tyrance, snorted to Tyria. He then introduced her to their pack-mates, Tyrannos, Tyrannas, Thunderstorm, and Earthquake. They had all been cloned to be housed together with Tyria  The six Rex were all feeling hungry and decided to split up in search of food. However, Tyria chirped to them, telling them about a food source she had found. The pack exited the Restricted Area, entering the Gyrosphere Valley. Before them was an incredible site for any carnivore--an entire herd of dead Apatosaurus. They all had massive slash marks on them and the Tyrannosaurus group moved in on one of the carcasses.

A Spinosaurus entered the area, conveniently at the same time as another of his kind. Their names were Egypt and Fang, and they ignored each-other as they approached different corpses. Claw, the park's last surviving Dakotaraptor, began devouring one of the other bodies, as did Destructo the Carnotaurus and Big Al, the clone of a subadult Allosaurus. Other less important theropods also joined the feast.

Elsewhere, the Indominus felt the desire to kill as she watched a group of Mamenchisaurus in the Restricted Area, which had been transported from Isla Sorna. Suddenly, the hybrid charged at them, slashing and biting the sauropods. She brought them all down, driving the species into extinction. This scared away a mixed herd of Apatosaurus, Ankylosaurus, Brachiosaurus, Gallimimus, and Parasaurolophus, which passed through the grassy plains littered with Apatosaurus carcasses. The feeding theropods looked up and thought nothing of it.

A week passed, and the sauropod corpses were picked clean to the bone. The Mosasaurus had also escaped the lagoon after some mercenaries attempted to take a bone from the dead Indominus rex. The carnivores all went their separate ways while the herbivores from both Jurassic Park and Jurassic World stayed together for protection, although some formed smaller groups.

One such group was a mixed herd of Corythosaurus and Edmontosaurus grazing in the forests. Tyrance charged and brought an individual of the latter species down with a single bite to the neck, bringing it back to his pack. However, in the shadows, a black beast lurked - the single surviving Indominus rex. Once Tyrance was gone, she charged, slaughtering the entire herd with bites and slashes to their jugular veins, bringing both genera to extinction.

After resting, she moved towards the herd of the three genera, who immediately began to flee. The Indominus clamped down on the pelvis of the Styracosaurus closest to her as the horned dinosaur turned around. The Styrac rammed its nasal horn into her shoulder, but she sidestepped and bit down on its neck, ending its life as she gripped its frill. The I.rex shook her head as she massacred the rest of the Styracosaurus on the island, just for fun.

A few days later, the Rex pack split up in search of food. Thunderstorm and Earthquake were trekking through the forests of the island, scaring off Compsognathus and Dilophosaurus. They came across the herd of dead Corythosaurus and Edmontosaurus. They began to rip two corpses apart, tearing out massive chunks of meat with every bite. They savored the taste of fresh meat; however, they wouldn't have time to enjoy it.

Something rammed into Earthquake, clamping down on her neck. The shock was too much for the Tyrannosaurus, who collapsed before her jugular vein was severed. The attacker uncloaked, revealing a muscular jet-black body - none other than the Indominus rex. Angered at the death of his mate, Thunderstorm snarled at the hybrid, who merely released low rumbling sounds similar to laughter.

The two theropods circled each-other, Thunderstorm lunging forward with anger. He snapped at the I.rex, who stepped back and slashed at his face before clamping down on his skull. The Rex groaned as blood gushed down his face before pulling himself free, leaving deep gashes in his face. The two carnivores circled each-other, their eyes looking for a weakness in the other. The Indominus slashed at Thunderstorm's face, taking out his right eye.

Partially blinded, Thunderstorm stumbled around before being tackled to the ground and having his jugular vein torn out by the hybrid's grasping hand. Placing her hands on his body, she let out a mighty roar before walking off in search of other creatures to slaughter just for the fun of it.

Tyrannos and Tyrannas hiked through the tropical forests, their tails lashing from side to side as they walked. The two Rex spotted a flock of Gallimimus. Despite their small size and lack of weaponry, Gallis could be a challenge to kill because of their speed. The T.rex would need to ambush them. Tensing up his muscles, Tyrannos charged, but the flock fled, and he barely missed the last one.

Having failed, they walked off in search of larger prey. Sniffing the air, they picked up the scents of Apatosaurus. They followed the smells, coming across a mixed herd of Apatosaurus and Brachiosaurus. Scanning the herd, they saw a large individual dragging an injured foot on the ground. Keeping their eyes on their target, they watched as she strayed from the herd.

The two Rex charged at the sauropod, who was unable to flee because of her injury. Tyrannas clamped down on her shoulder while Tyrannos delivered the fatal neck bite. The two Tyrannosaurs ate their prize, savoring the taste of fresh meat.

Tyrance and Tyria wandered through the forests, sniffing the air for prey. They picked up the smells of something that would satisfy any predator - forty dead hadrosaurs! The two followed the scent before finding the bodies of Corythosaurus and Edmontosaurus. They scared off smaller carnivores like Claw, Destructo, Big Al, and a group of Compsognathus.

However, as they began to eat the carrion, they spotted two other corpses - the bodies of Earthquake and Thunderstorm. Tyrance noticed that the hadrosaurs and the Rex corpses all had slash marks that appeared to be from the same creature. The Tyrant King vowed to avenge his fallen pack-mates. Throwing his head back, he roared in anguish, letting all know of his wrath and rage.

Not bad, Tyrannos. Looking forward to the rest of your story.

Just phenomenal. Excellent use of my characters compounded with yours, brilliant writing. 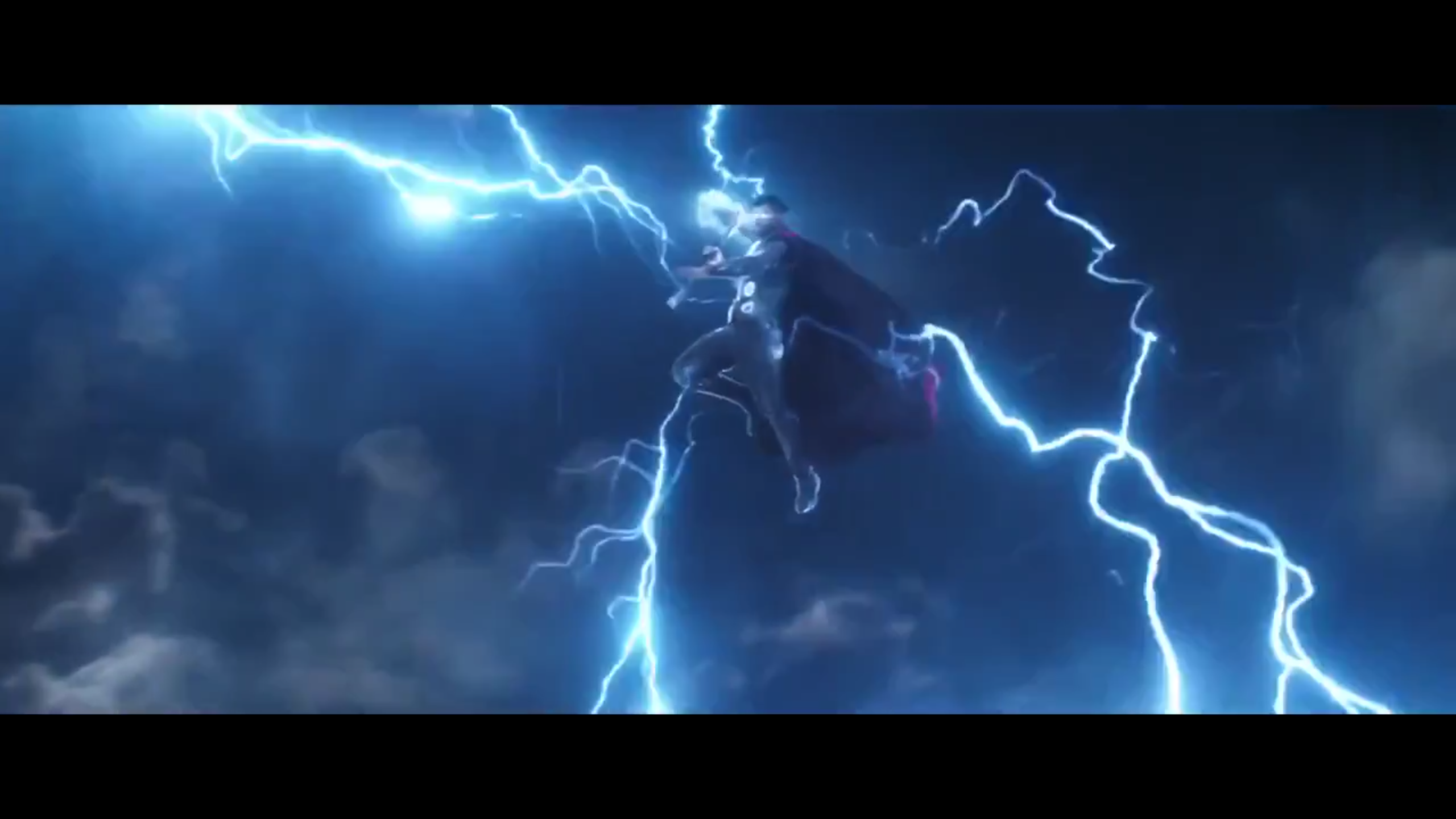 Not to nitpick but aren't male tyrannosauruses green?

^Their genes are different.

So he is the same color as Rexy/Roberta?

^He was described as being reddish brown in color.

Xeno Tyrance is from my series The End and he is a natural T.rex from the end of the cretaceous who lived during the KT extinction. In Tyrannos' story his colors from that period are retained because they copied his genome perfectly.