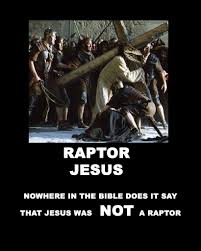 One Day t-rex named Rexy was sleeping when a loud rumbling noise woke him up. He thought it was just a herd of triceratops coming by so he went back to sleep. But it actually was a rockslide on the mountain nearby. The next day Rexy woke up and went on a walk with his brother Jack they walked on a path on the mountain when the ground started shaking and from around the corner came an unknown dinosaur who started yelling "RUN!!" Rexys brother ran but rexy was to shocked to run. The unknown dinosaur ran into rexy saving him from a boulder but the dinosaur was knocked down by the boulder Rexy saw what happened then he saw a boulder about to fall on the dinosaur Rexy rushed in and grabbed the dinosaur from under the boulder and jumped behind a rock for cover. The dinosaur said "Thank you my name is Mark.”

Then mark said “let's show this carcharodontosaur who's boss around here.” then when the carcharodontosaur heard mark's voice he said “Mark is that you?” then mark asked “how did you know my name?” then the carcharodontosaur said “it's me mike.” then mark said “mike? Sorry mike I didn’t recognize you.” then mike said “it's ok mark. I forgive you.” then they saw a group of velociraptors heading straight for them. Then Rexy said “you ready for this?” then mike, mark, and jack said " we’re ready to beat up abunch of velociraptors.” then the others saw how many there were and said “you know what i think we should let Rexy deal with them don’t you think.” then the others said “yes definitely let Rexy deal with them.” then the velociraptors pounced on Rexy one by one and one by one Rexy threw them off and one of the velociraptors pounced on Rexy's face so he couldn’t see the other velociraptor jump toward mark but Rexy saw it and grabbed the one that jumped toward mark and threw it into a tree then grabbed the one on his face and threw it into a passing triceratops. Then after Rexy finished off the last few velociraptors the others saw all the scars on Rexy and said “dang those must have been some tough velociraptors to scar a T-Rex like that!” then Rexy said “yes they were.”

Then Rexy said “yes they were and one of them was even able to trip me by running into my leg.” then jack said “Rexy there’s one behind you.” then Rexy slammed his tail on the ground knocking out the velociraptor and said “thanks jack. And just so you know they’re back but coming from behind you.” then the others ran behind Rexy and saw the raptors and it was the same amount but this time they said "Rexy we want to help this time.” then Rexy said “ok. But make sure they don’t pounce on your back and if they od just say my name and i’ll help you ok.” then the others said “ok Rexy.” then when the raptors got to the group Rexy said “hold your ground and don’t let them get past us we can’t let them stampede the herd of triceratops behind us!” then the raptors pounced at the group but the group threw them off and Rexy saw a white dinosaur coming towards with the velociraptors and Rexy said “Hold off the raptors i have to deal with a bigger threat!” and when the others saw the white dinosaur they said “Rexy don’t it's the indominus Rex you’ll never win!” then Rexy said “I have to try!”

Rexy grabbed its neck and threw it to the ground

3 Responses to The Last T.rex Survivor

There is an issue with your topic. You've posted too much on a single page and also are using a font that is incompatible with the site's code. I changed the font to Heading 3 so it will be readable, in the future only use Times New Roman and fonts such as that cause otherwise the site can't read it and it is only displayed as code.