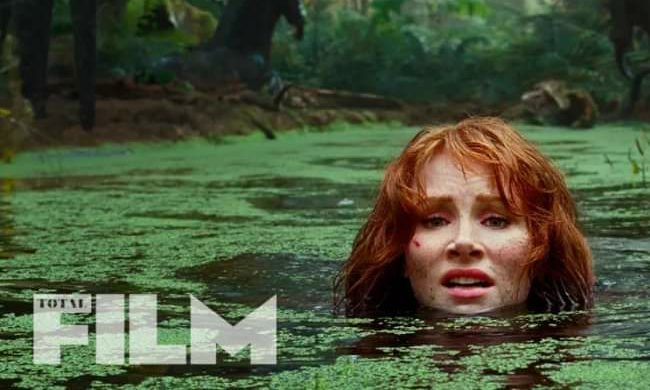 If there's one thing that defines Pokemon, it is definitely their type. The type of a Pokemon determines the moves it can learn, its characteristics, and its performance in battle. Today, I'm going to count down my top ten favourite types in Pokemon, as well as my favourite Pokemon from each type. Legendaries will not be included, and dual-type Pokemon will only count for one of their two types. Without further ado, let's begin. 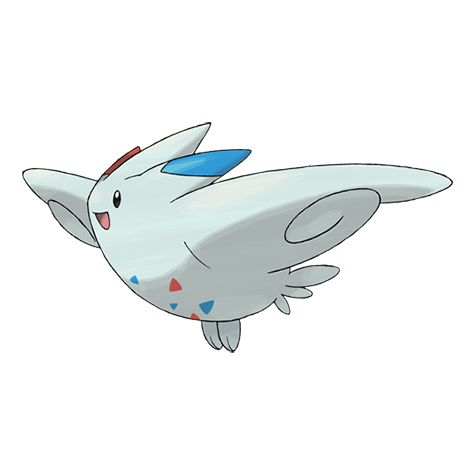 Kicking this list off is the newest type in the series. I love Fairy-type Pokemon for how beautiful and majestic they are, and their performance in battle. Now, while I do love Alolan Ninetales, my favourite Fairy-type would have to go to the beautiful Togekiss. This thing is just majestic. I mean, its Fairy-typing already makes it one of the most beautiful Pokemon, and its design is serene and graceful. And its ability is Serene Grace. Togekiss is also adorable, but can be a beast in battle because of its ability and movepool. 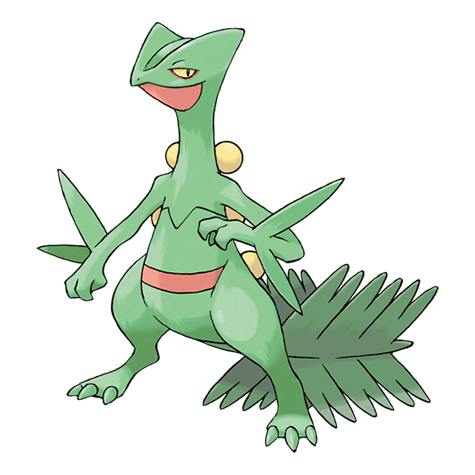 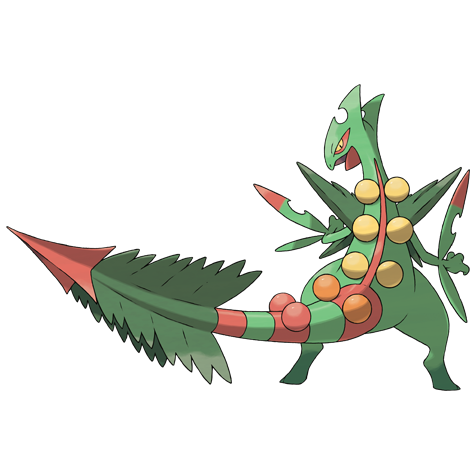 Grass probably wouldn't even be an honourable mention on this list if I didn't choose the Grass starter in three of the seven regions. Nonetheless it still makes my list, and my favourite Grass-type is obviously Sceptile, my first ever Pokemon. I remember when I got my first game, Emerald. I chose Treecko at the beginning because I've always liked reptiles. Although its attacks weren't strong, Grovyle was pretty cool, but all the bad@$$ery awaited in the final form...Sceptile. This lizard with a tree for a tail is just awesome. Plus, it has blades on its arms. Not to mention that it's here for personal bias (again, Sceptile was my first Pokemon). And Ash's Sceptile in the anime was a boss. It was the only Pokemon able to beat Tobias's Darkrai, which is still one of my favourite anime moments to date. 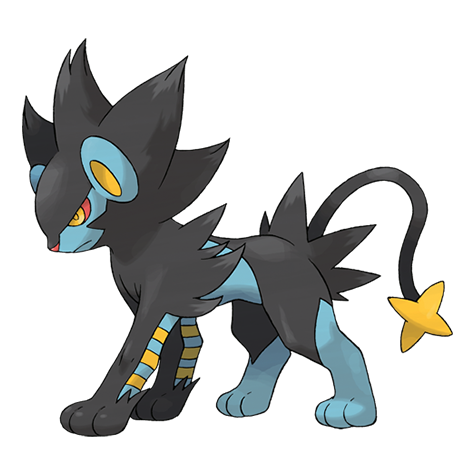 Next up on this countdown is one of the most iconic types, Electric. I've always loved the Electric-type because lightning is just cool, and a lot of the Pokemon of this type are just cool. So what is my favourite Electric-type? I can tell you one thing, it ain't f*ckin' Pikachu! My favourite Electric-type is Luxray. I used one in my first Platinum playthrough, and oh boy did it destroy. The Water-type gym stood no chance against this electric lion, and it OHKOed Cyrus's Gyarados. 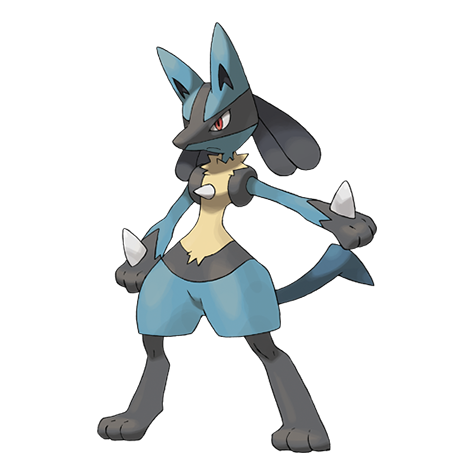 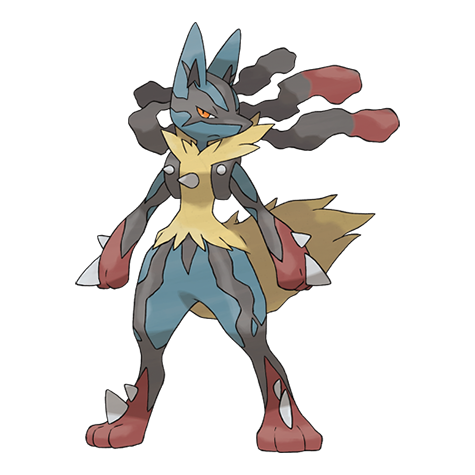 Coming in at Number 7 is the Steel type. This is here for personal bias, I love swords and chainsaws, both of which are made of metal. And my favourite Steel-type is Lucario. I would've chosen this bad@$$ for Fighting-type, but Fighting doesn't make the list. Like Luxray, I used Lucario in my Platinum team, and it was a beast. I swept through the Ice-type gym with this guy, abusing Aura Sphere with no end in sight. Lucario is also the first Pokemon I Mega-Evolved, and I used Mega Lucario in competitive for a while, until ORAS came along and my main Mega was Mega Rayquaza. 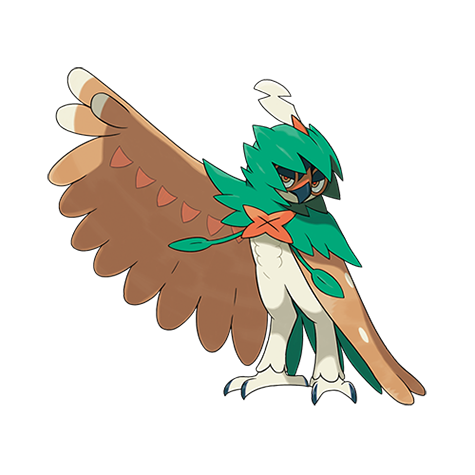 Next up is the mysterious Ghost-type. Ghost-types are often mysterious and haunting in design, yet at the same time sleek and elegant, and no Ghost Pokemon expresses this better than Decidueye. I was Team Rowlet from day one, thinking that its first form was just adorable. Dartrix was pretty cool, but what cemented Rowlet in place as my favourite Alola starter was waiting in the final form, Decidueye. This Pokemon was downright cool-looking, being an owl that knows ARCHERY. ARCHERY. Unfortunately, Decidueye's horrible in competitive, but I dun give a f*ck. 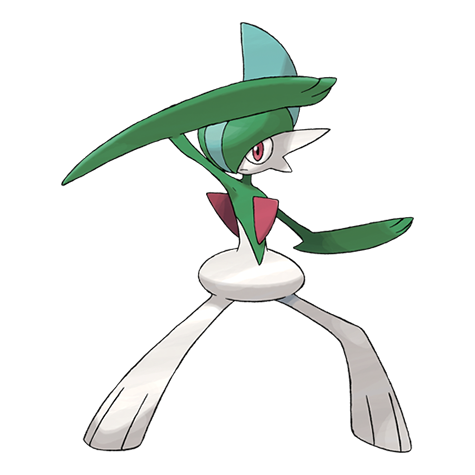 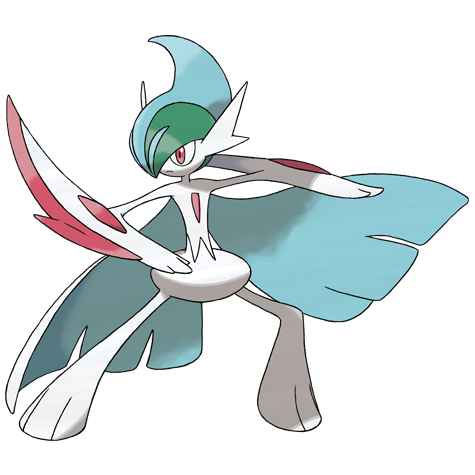 At Number 5 we have the OG OP Pokemon type, Psychic. Where do I even start, Psychic-types are just awesome. However, my favourite Psychic-type Pokemon goes to the fourth generation Gallade. I used a Gallade on my Platinum team. Big shock. Plus, it looks like the greatest duelist in the world, having swords on its arms. Its Mega form is really cool, and I used a Gallade in my playthrough of Alpha Sapphire. 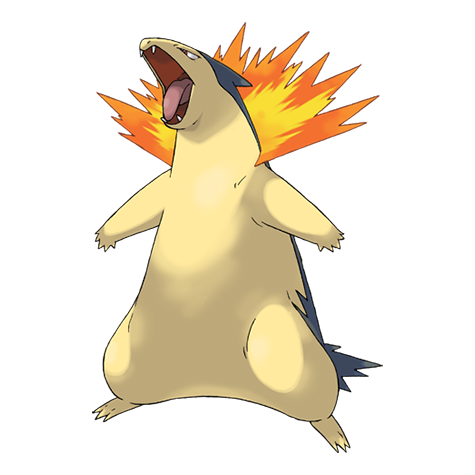 Five spots up and we have the next starter type, Fire. This type is so high because of my love for the Fire-type starters of the first four regions. In fact, they are my four favourite Fire-types! But which of them is my favourite? Typhlosion. I know, Charizard was on my top ten favourite Pokemon, and Typhlosion wasn't even an honourable mention, but my opinions have changed. I don't really have any sentimental value towards the Kanto starters, having never played through the region. But I have played through Johto, and my starter was Cyndaquil, choosing it for how cute it was. Quilava was pretty cool, but Typhlosion is easily the best of the line. I remember that it one-shotted Red's Venusaur with a single Eruption. That alone shot it up to my second favourite starter (nothing will ever top Sceptile :P). 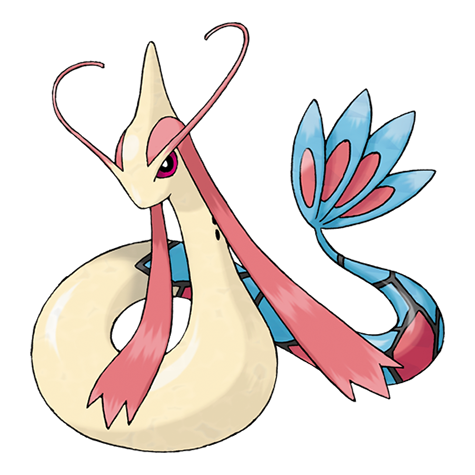 Coming in at Number 3 is the most versatile type, Water. This ultimately came down to two Pokemon: Greninja and Milotic. I went with Milotic, but Greninja will be mentioned again. Milotic was my first Water-type, having used it in Emerald, my first Pokemon game. It was the most beautiful Pokemon, and I used one again in ORAS. 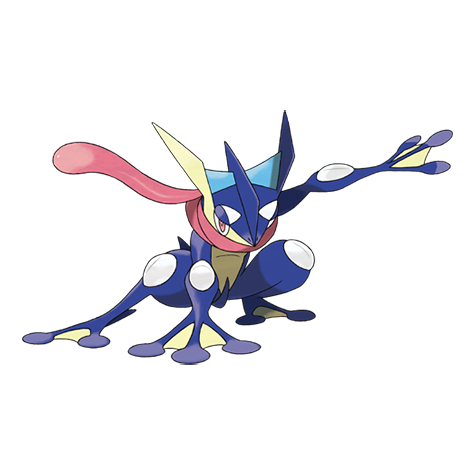 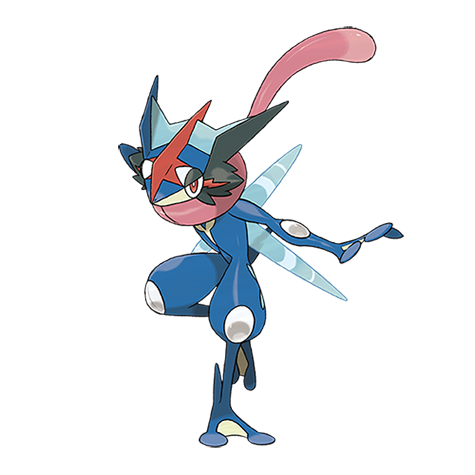 Barely missing the top spot is the Dark-type. I always just thought that Dark-types were cool. Remember when I said that Greninja would appear later on this list? Yeah, Greninja's my favourite Dark-type. Its design is great, and, like Sceptile, it was bad@$$ in the anime. It also was in Smash 4, and I used it a ton. 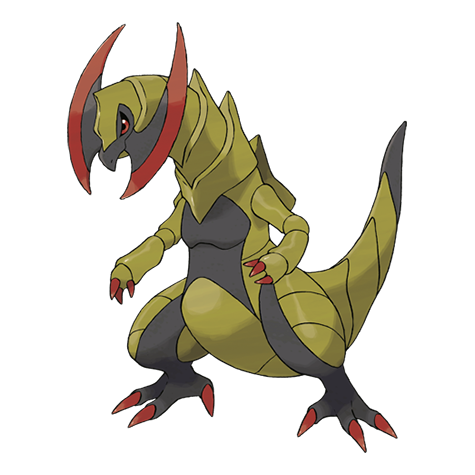 Well, we've reached the Number 1 spot, and as you can tell, it's the Dragon-type. Now, I love nearly every Dragon-type, but, because of the no legendaries rule, I can't put Rayquaza, my all-time favourite. So I'm going with Haxorus. Gen 5 has a bit of a...reputation among the Pokemon fanbase. I myself loved it, despite having only played one game, which was Black 2. That team wasn't very memorable, although. However, there is one member, one Pokemon, who rose above the rest. Who was he? Shredder, my Haxorus. First off, Haxorus is freaking cool looking. It's a dragon. That, in my book, automatically makes it a bad@$$. And it has blades on its face. ON ITS FACE. Imagine the dental appointments. Haxorus was the only member of my Unova team that I truly loved. That team consisted of mostly Dragon and Dark-types, so it wasn't very creative. But Haxorus was the powerhouse of the team. Whenever there was a battle I struggled with, Haxorus always pulled me through. I remember in the battle with Black Kyurem, I OHKOed that thing with a single Dragon Dance, then Outrage.

It would have to be Fire type, my favorite of that type would be Charizard.

My favorite types would be Grass, Electric, and Psychic

^What are your favourite Pokemon of those types?