I'm now on the home stretch to 1000 posts!  So today I have a four-way battle, let's meet our contestants! 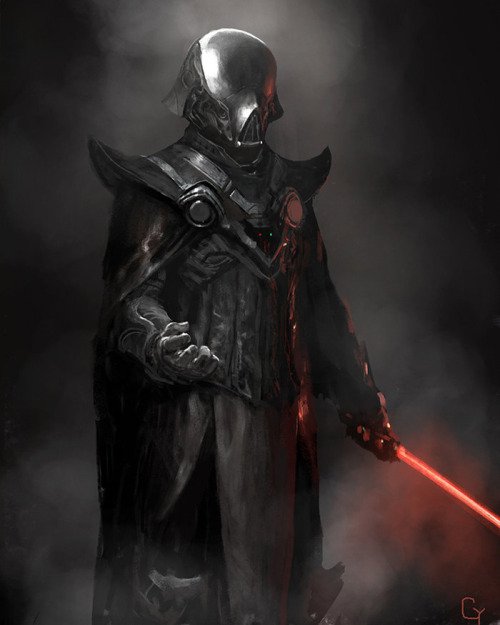 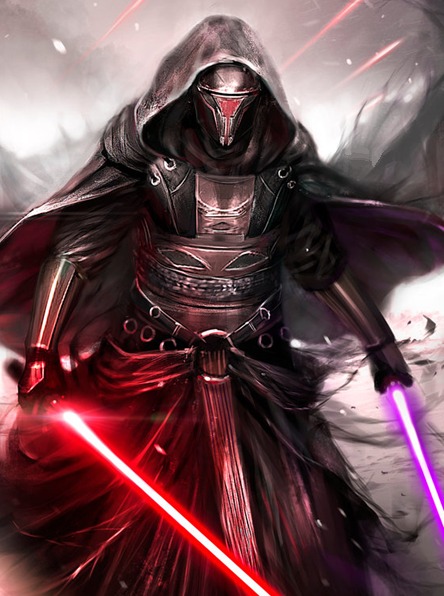 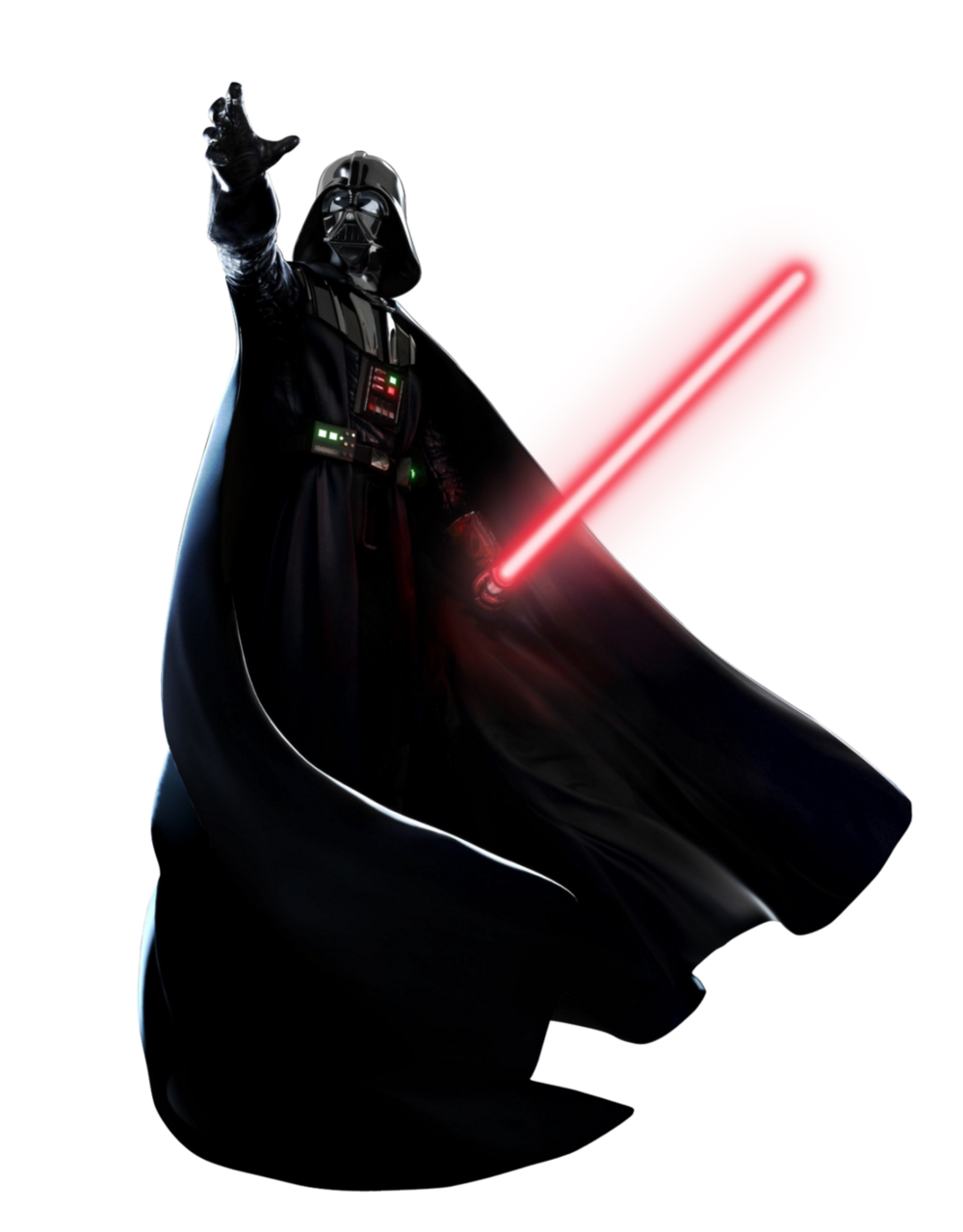 The hooded figure walked through the corridors of the Death Star as he was confronted by Royal Guards. They pointed their spears at him. Suddenly, a red blade cut them all in two. It was Darth Tyrant, the figure's merciless apprentice.

The two stormed through the Death Star, killing Stormtroopers and Royal Guards, before reaching the throne room. Darth Vader and Darth Sidious looked up at their two opponents. The hooded figure threw back his cloak, revealing none other than GorillaGodzilla. Tyrant stepped in front of his master, igniting two lightsabers, a red one and a purple one. Two hilts slid from Sidious's sleeves into his hands, and he flipped them around before activating them. GG ignited his blade, heading for Vader. It was Tyrant vs Sidious, GG vs Vader.

Tyrant began his assault with a Force Repulse that sent the Emperor flying off the main platform. He jumped down, preparing to impale Sidious. The latter rolled out of the way, Tyrant's lightsabers creating a hole in the floor. Sidious unleashed his deadliest weapon, Force lightning, but Tyrant blocked it with his red lightsaber. He threw his purple one at Palpatine, who merely parried what would have been a fatal strike.

Meanwhile, GG hit Vader with his own Force lightning, sending him back. They locked blades, with GG kicking Vader's helmet. Vader grunted, seizing him by the throat. He used the Force to lift GG up, smacking him into the ceiling, then smash him into the floor. The heavy weight of his armour dented the ground. However, GG was surprisingly agile and was back on his feet as fast as he fell.

Tyrant and Sidious continued to duel. Each had lost one saber, Tyrant now using only his purple-bladed weapon. They ran towards each other, but instead of locking blades, they hurled waves of Force lightning at each other. It created an explosion, knocking both Sith back into walls. When the smoke cleared, small pockets of flames littered the floor. Both possessed ripped robes and several broken ribs.

Tyrant hurled his lightsaber at Sidious, who raised his saber in the nick of time. The former jumped into the air, recalling his blade to his hand as he did so. When he landed, he locked blades with Palpatine.

GG hammered Vader with lightsaber attacks, but he was able to parry his blows. Reaching out with the Force, GG buried Vader under three giant pipes. When the dust cleared, Vader's chest panel was crushed, his sleeve torn, his suit shredded. He caught his breath, allowing GG to slash at his head, knocking his helmet off. Enraged, Vader held him in the air with the Force.

Sidious clenched a fist, hitting Tyrant in the mask. He managed to break most of it off, except for the right eye lens. The furious Tyrant lifted him up with a Force choke, smashing him into a window, then the main platform, and then the window again. This caused Palpatine to drop his saber, which Tyrant claimed. The Emperor panted, his ribs were broken, he was bleeding. Suddenly, his lightsaber impaled his chest, then a purple blade protuded from his chest. Tyrant had killed Darth Sidious, turning his attention to Vader.

He saw his master being held in the air by Vader.

"Strike him down, and you can rule the galaxy at my side," Vader urged Tyrant. Igniting his saber, Tyrant faced GG, but then turned, lunging for Vader, who blocked with his own lightsaber.

This caused GG to drop to the ground, coughing from the strain in his throat. He watched his apprentice engage Vader in a final duel.

Their blades clashed several times, with Vader eventually knocking him back with a Force push. Tyrant casually charged at his opponent, who hurled metal objects at him. Tyrant slashed through most of them, jumping over the last one and throwing his saber in the air. He landed with his back to Vader, caught his saber, and shoved it through Vader's chest. By now, GG was on his feet and smiled. "You have done well, my apprentice. The Empire is ours."

Legendary, phenomenal, magnificent. I experienced all of this first hand with you, and I must say--Vader's force choke is has powerful as it has been told to be. But in truth, I actually was allowing him to hold me in the air to test your loyalty--and you proved it.

^Yeah.  I will never betray you, master.

1000 post special will be my top 10 best fights (not just dinosaur fights, but just fights in general)

LORD TYRANT - Hahaha! That was extremely fun! I greatly enjoyed the thrilling nature of the battle! Fantastic work! Thank you ever so much for taking the time to create this and share it with us! :)