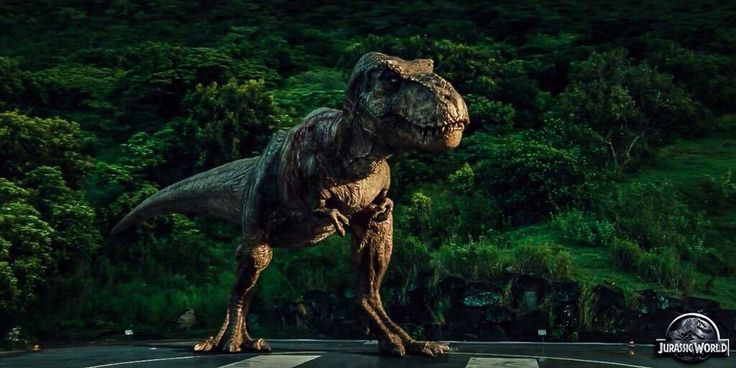 Hey guys, I know I already did a top 5 version of this list but my opinion has changed, and I want to add more members, so it's a top 10. Also each of my choices will have a description.

I mainly love her because she fights the Indominus Rex. The Anky loses,but she puts up a good fight. This is my favorite herbivore.  In TLW, he is hunted by InGen.

These are the most aggressive Raptors in the whole series. I love their orange coloring with black stripes, which gives them their name, "Tiger Raptors." The only downside to them is that they're not as smart as the other Raptors in the franchise. Blue was the main Raptor in Jurassic World. She felt more like a character, and she has an awesome design. She also helped Rexy when she fought the I-Rex. Blue also goes through character development. 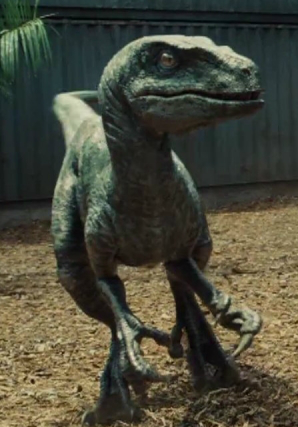 Delta is the second largest and oldest Raptor in her pack. She is my favorite color (green) and is the second in command. This awesome Raptor was unfortunately grilled alive. >:(

This T-Rex is the female from TLW. She is simply awesome, although they don't focus on her as much as the buck. 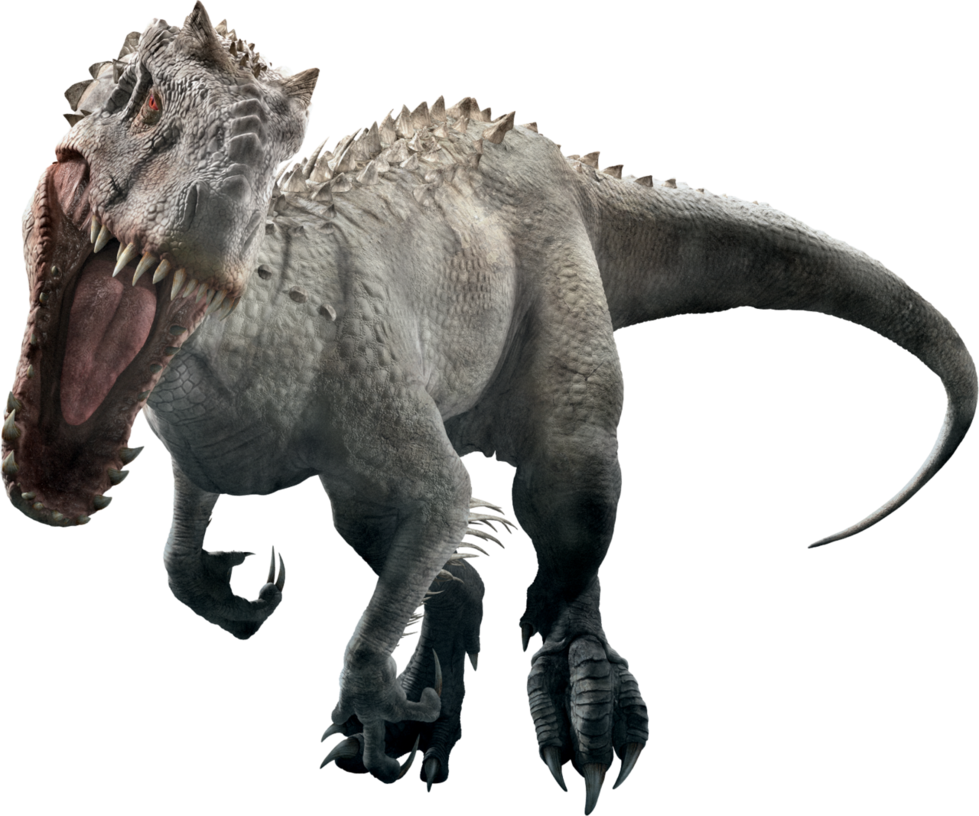 This was the first hybrid we've seen in the series. At first I was skeptical, but now, after seeing JW, my love for her has grown. I love how strong and smart she is, and her design is phenomenal. I look forward to seeing more hybrids in the future. 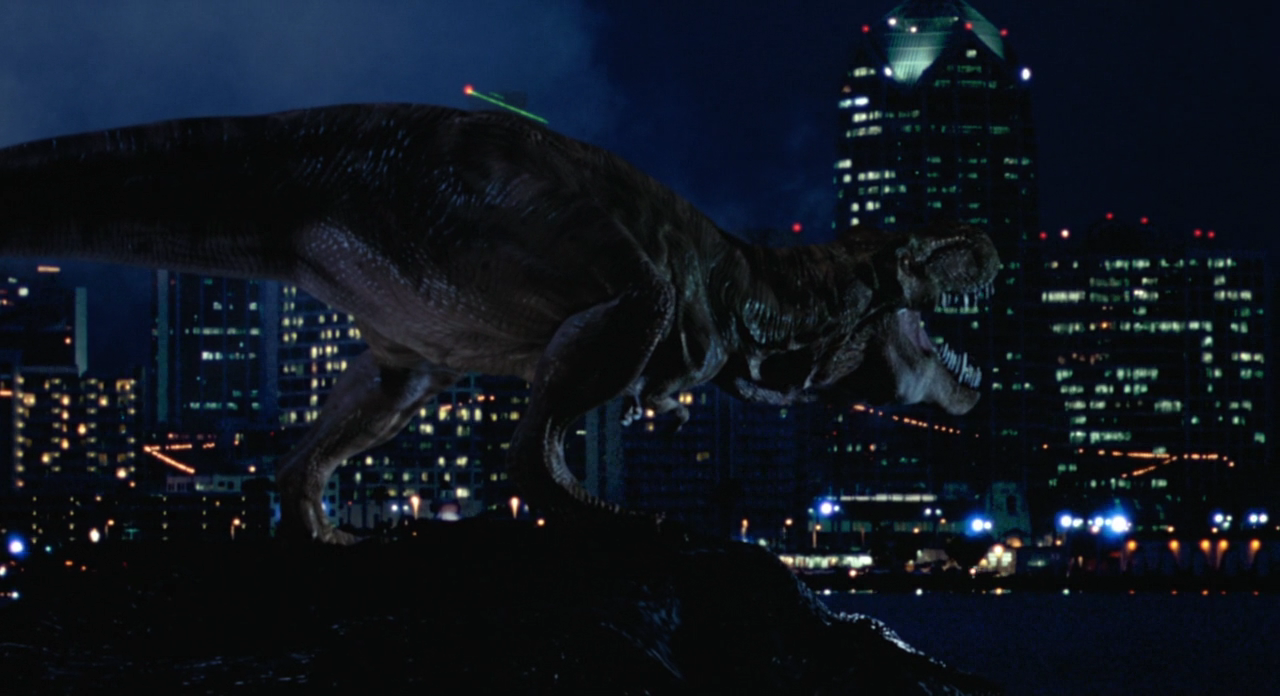 Like Rexy, the buck is an antihero. He was responsible for the death of TLW's main antagonist, Ludlow. The buck also is the first and currently only dinosaur that has been on the mainland. He ripped Eddie in half with the help of his mate, and that scene is one of the most gruesome deaths. He is the father of Junior, and attacked the humans with his mate. The buck also has a great design, which is my favorite in the franchise. 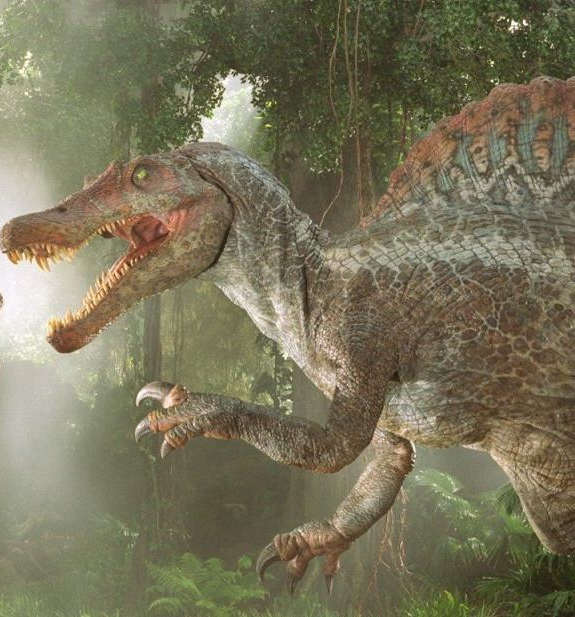 This dinosaur is underrated. Yes, it had some stupid moments, but its design is great and I enjoy how persistent it is. The Spino also does cool things like take down a plane, destroy a metal gate, and attack a boat.

I absolutely love Rexy! She is the original T-Rex who appeared in the first film and returned in the fourth one. This makes her the only dinosaur to appear in multiple films. Rexy gets a spot higher than the male from TLW (even though his design is better) because of nostalgia.  She is also the first dinosaur that saved human lives (unintentional, but still). Rexy is involved in several of my favorite scenes in the series and I get nostalgia chills whenever she appears onscreen.

Great List but the Tiger Raptors are male verisons of the first movie's Nublar Raptors but also The Big One was far more agressive than her male counterparts as we see with in The Lost World, the Male Nublar raptors were just defending their territory from the Hunters who were invading their hunting grounds. Its not that they were dumb per'se its more like The Big One was abnormally smart for her strain of raptors. But I will save this for a future discussion. The Spinosaurus however I thought was so frakking OP with some inconsistances with its strengths, to me the Spinosaurus was trying so hard to be a T. rex replacer that it hit all the wrong spots by making it able to to detsroy an a metal fence yet somehow minutes later was too weak to destroy a wooden door at full charge.

I loved the Compies espiecally how they are presented in The Lost World, the first scene they show up being harmless untill more of them pop up and show how menacing they could be and they took down a fully grown human by zerg rushing. JPIII just gave them a really short Cameo and nough said.

I loved Claire since the moment I saw the little stegosaurus eating ferns and the noise she makes is very cute!

Trike the sick Triceratops, is one of the most memorable dinosaur characters ever!

As much as I disliked JPIII, I did however enjoyed their raptors but out of my favorite JPIIIs or Sorna Raptors (TLW Raptors were technically on Sorna but they were Male verisons of the Nublar Raptors) was the Alpha and her Mate. Not only did she kept the pack in line but she could easily be the most badass Raptor in the franchise if only she had no competitors such as the Big One and Blue.

The first Jurassic Park Dinosaur to appear on screen and the original evil Dinosaur and was the Dinosaur that made Velociarptor a brand name.

5. Blue and the rest of the Raptor Squad (JW)

Blue and her Sisters were awesome, they continue on the tradition in making Raptors badass. They get a rank above The Big one for being elevated to hero/antihero status.

Despite being my favorite Dinosaur, she didn't get enough screen time.

I think Jr. is a cute baby Tyrannosaurus and is one of my favorite TLW dinosaur characters along side Buck.

My other favorite TLW dinosaur character who is simply the second most badass Tyrannosaurus in cinema history.

All Hail Queen of Isla Nublar! The Number One Badass Tyrannosaurus in cinema history along side Buck and the Original Sharptooth.

Sorry, I forgot to place doe

Did you name Claire and Trike yourself?

Updates: 9 is Elvis, the male Para from TLW.  8 is the Alpha Raptor from TLW. Also, Blue and Delta are tied as my 6th and 7th picks

@Xenotaris: Junior is my favorite of the baby dinosaurs