Alright, so we know Guillermo del Toro's Pacific Rim 2 will be hitting theaters April 7th, 2017 and that the story will primarily focus on the Kaiju's origins, but that explanation is quite vague. The script for Pacific Rim 2 is still being polished and likely will undergo many changes before production begins next year. But until then, I want to know what the hard core Kaiju/Pacific Rim fans want most out of this sequel! Do you want more depth to the story? More rock-em-sock-em action between towering Jaegers and new Kaiju? What time frame do you want the story to be set; past, present or future?

Leave your responses and ideas below! Also - don't forget to track news on Pacific RIm 2 by bookmarking our Pacific Rim 2 movie news blog!

3 Responses to Post Your Hopes & Expectations for Pacific Rim 2 Here! 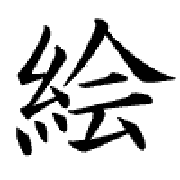 Part of me wants to see some history, to see how the PPDC started and get to see more of, say, Aleksis and Sasha destroying kaiju along the Russian coastline or Raleigh and Yancy during their first fight or the Wei triplets absolutely destroying kaiju three ways from Sunday. That part of me wants to see every fight Striker Eureka won even as Herc and Chuck grew farther and farther apart.

See, I loved those characters, and I want to watch them live and breathe on the screen again. And see a lot more of them this time around.

But the logical side of me knows that, hey, we already know where that road leads. We don't know how the future will play out, though.

I think we need to see Herc, as marshal, and Mako, who has come into her own, taking on the UN for more funding. As quick as they were to decommission the jaeger program for the Wall of Life, there's no way the UN will want to throw perfectly good money at a program they consider even more obsolete now than before. They certainly won't want to hear that the kaiju might come back, that destroying the Breach is probably more a reprieve than an ending.

They're planet-purgers, right? So where did they originally come from? How did they develop their portal technology? The Precursors aren't terribly large creatures, so did they only develop the kaiju so enormous because they initially stumbled across our planet during the dinosaur age, or is that always the route they go to secure a planet for themselves? Wouldn't smaller, more tactically efficient drones be a less resource-sucking endeavor?

Also, it's clear that their kaiju clones advanced in size and speed just like our jaeger designs did in an attempt to keep up with them. Did that make the Precursors curious about us or just that much more determined to wipe us out? Have they ever come across as big a threat as us before, or were we little more than a headache on a rainy day for them?

As you can see, I have way too many hopes and questions for the sequel. If even one of them is addressed, I'll be a happy camper.

I want to see Origin stories, Like, Mako was explained pretty well, But the Marshals reason for taking her in isn't really given.

I want to see Coyote tango do its thing.

Very well put guys. Like what I'm hearing. Don't understand with del toro. I'm sure if we are thinking the same Other hard core fans want to see a prequel..what's the deal with going sequel then prequel. Hope he doesn't f it up or maybe rim 3 will go back to the beginning. I would love to see all the old fights like the one that happened in manila And the first jeager fight and the story line about stacker. See coyote tango, Romeo blue and alpha etc would be sweet. Pretty much what u guys prob want to see as well. I hope at least the animation series might be cool showing old fights and stuff. Later...