Your favorite moment in the Jurassic Park series

2KMember4297 XPDec-13-2013 8:07 PMWhat's your favorite part in the entire Jurassic Park series? I liked the part in The Lost World where the people are in the abandoned worker village and are attacked by the raptors. That or the rex part by the cliff. Post your favorite in the replies!

7 Responses to Your favorite moment in the Jurassic Park series

Racing with Rexy, final Rex roar, T-Rex rampage, and I don't know why (honestly, I don't), Eddie meets the folks (might have something to do with the music that played as the two Rexes stepped out if the forest, the beat was cool).

I liked the T-rex finale in the first movie the best.

That's my all time favourite scene, I was just naming a few

I have to agree with Sci-Fi King, this scene was the best for me, thrilling and full of suspence. Too short though. 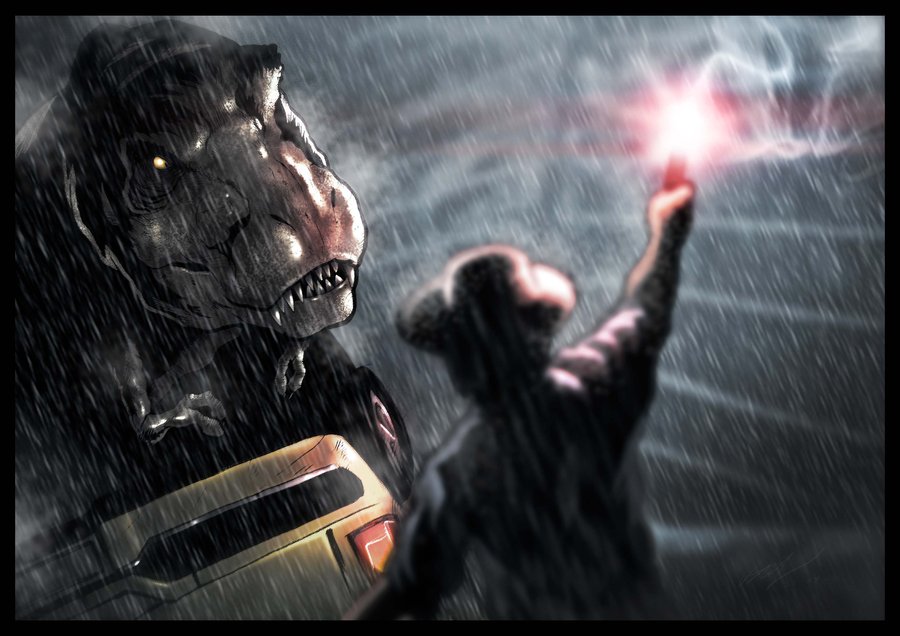 Velociraptors in the Kitchen.

Dilophosaurus, every seen with the Velociraptors and Tyrannosaurus.

Most hated scenes, the death of the T. rex from JP3 and all spinosaurus scenes.