An Adventure in Space and Time- New BBC special about the genesis of Doctor Who.

David Bradley portrays the first Doctor William Hartnell in ths BBC docudrama which tells the story of the creation and first three years of the series.

The drama focuses mainly on the first man to play the mysterious “Dr. Who,” William Hartnell, and his relationship with the series’ first producer, Verity Lambert, who was also the youngest and first female producer at the BBC. Also important are the Head of Drama at BBC at the time, Canadian Sydney Newman, and the show’s first director, the young Indian director Waris Hussein. The four of them are depicted as the most important people in the show’s history, and in a great many ways they were the most atypical creators of British television in history.

'An Adventure in Space and Time' premiered Friday, November 22 , it's a must see for any 'Doctor Who' fan.

11 Responses to An Adventure in Space and Time- New BBC special about the genesis of Doctor Who.

I thought it was fantastic. A great nostalgic piece, which shows how Dr Who developed from humble beginnings!

The first episode premiered the day after JFK was killed and got virtually no viewers. The BBC decided to repeat it the following Saturday, and the rest is history.

Something I will keep my eye out for.

@Sawa, it's available to watch/download on BBC iPlayer at the moment.

I tried it, but it's exclusive to the UK @ BBC; although, I now can find it elsewhere.

Glad you found it elsewhere Sawa. :)

can't have Doctor who, without Doctor Who 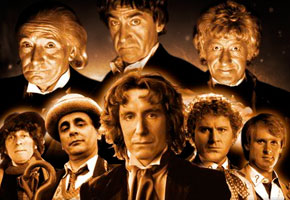 something to look up though

they should cast someone as a dr. who for a newer film... who do you think would be a good one?

Tom Hiddleston would be my pick. Tom Hardy would be very interesting.

Only difference is I’m going to bring guys in from out of the camp.” UFC 264 takes place July 10 at T-Mobile Arena in Las Vegas. The main card airs on pay-per-view following prelims on ESPN and ESPN+. https://twitter.com/McGregorPoirier