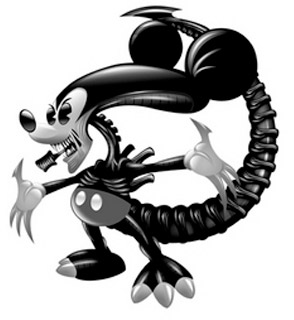 NoobMember0 XPOct-15-2012 8:45 PMA prequal would be awesome! Off-world colonies would be the place to start. Replicants; A slave in every way (work/sex/soldiers of war), not knowing any other purpose then the task they were created for. I would like to see the point when their AI brains become aware that they are being treated harshly, that they have been cheated of life. Issac Asimov "I Robot" short stories (not the movie) touch on these themes. In one, a scientist was experimenting on fractal pathways for the positronic brain, the robot began to [u]dream[/u] of setting his people free. In "Bicentennial Man" the robot had an accident, blow to the head, and his brain developed a few quirks - woodworking, clock making. It began to read books and decided it didn't want to be a servant/slave anymore. I would love to see how Ridley would explain the replicants awakening and thus the beginning of the rebellion - What was the last straw that would make a replicant over-ride the 3 Laws? Asimov also touched on this; In one story, dangerous jobs would make the "self preservation" kick in and they couldnt make the robots stay to complete the work. So a scientist worked on trying to fudge the Laws a little so that the robots would stay. But I'll let you read these stories for yourself... lol
8 Responses to Replicant Awakening

NoobMember0 XPOct-15-2012 11:34 PMI've read most of those stories too Liv.... and[b] loved[/b] them all.... they pushed the boundaries of science; Psychology; Artificial Intelligence;philosophy and more and I completely agree with you about the prequel idea concerning the AI awakening that would be so cool...... I believe these themes are also found in Prometheus.... with our own awakening..maybe yet to come???
\"My God, its full of stars\" David Bowman

NoobMember0 XPOct-17-2012 6:03 PMHi ladies; tankgirl, Svanya. Love this site BTW and also the Prometheus site. Ridleys robots and replicants do not opperate under the 3 Laws, was only comparing. David of Prometheus would never have tainted Holloways drink, nor the replicants begin a violent rebellion but there must have been some type of programing against activity that harms humans. What pushed them to disregard it is the question?

2KAdmin4298 XPOct-17-2012 10:23 PM@liv_e_licious72; yeah Ridley's Robots are very nasty indeed, no moral compass at all. In Prometheus it is strongly suggested Weyland asks David to test the black liquid on Holloway. As for the replicants in Blade Runner, they are mostly killing out of self preservation and in one case revenge (Batty killing Tyrell)

NoobMember0 XPOct-19-2012 5:29 AMI never thought of a replicant awakening. Imagine what it would be like to have a replicant "roll off the production-line", so to speak. That would be awesome. What would Tyrell's factory floor look like? Do the replicants just suddenly activate or do they go through some sort of painful birthing/awakening process? What scale of operations is Tyrell running at- like how many replicants are being produced? Are there so many replicants among people that they could pose a threat to man-kind? Don't know, but it would be cool to explore some of these things. My favourite replicant is Roy and it would be great to see a movie that begins at his awakening and finishes when he touches down on Earth. I like the comparisions with Asimov's robots, the "Alien" adroids and the replicants. Is there room to explore replicant psychology in Blade Runner 2? I hope so...

NoobMember0 XPOct-30-2012 6:30 PMRobot/android psycology is so interesting. Their brains are not capable of handling lies, even lies of omission. Any shades of deceit, especially resulting in harm to humans is what usually results in the unit becoming unstable, sociopathic. EXAMPLE: H.A.L. of 2010; Ash of ALIEN; even David of Prometheus were given instructions not to be shared with the crew and the crew became expendable in an effort to [u]keep[/u] the information secret! I believe the only reason David didn't have a complete meltdown is because his maker, the one relaying the hidden agendas (Weyland) was present - while H.A.L. and Ash had to act solo with no one to monitor their funtions or answer their endless questions like H.A.L. asked Dr. Chandra.

NoobMember0 XPOct-30-2012 7:20 PMTo true, i agree. I wish their were more great films that dealt with such a mindframe as replicants, androids, and A.I. such as Hal...sure thiers S.T.'s Data and bad Assimov rip offs like bicentennial man and I robot... ( which do no justice to that amazing authors work) Ridley realy nails it, makes me muse and self reflect. I kind of envy David... I realy wish Mr.Scott was alot younger so he could take the time to tackle Assimov's work. As well as continue the Prometheus and Blade Runner franchises. I also lake the A.I. in the movie: Moon, played by cusack. GREAT film.

NoobMember0 XPNov-06-2012 6:19 PMAww yes, dont get me started on Data- love it!!! So much could have been done with him, but that is why he was so facinated with jokes and comedy- there are so many half truths, innuendo, assumptions, and comparing things that are not remotely simular. All done to invoke an emotional responce- to break the ice, relieve stress, get people to relax and laugh about themselves or others. Data had such a hard time understanding as all AI do, emotional responces to their work or processes are irrelevant.
Add A Reply