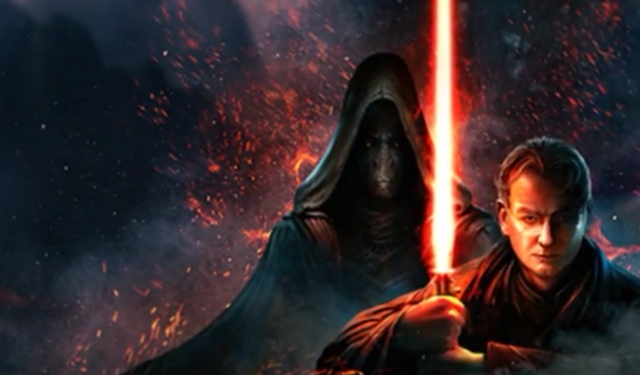 Where was Darth Plaguies during the events of The Phantom Menace? Darth Plaguies was the renowned Sith Master to Emperor Palpatine / Darth Sidious prior to his reign and the primary character fans speculate as the true identity of Supreme Leader Snoke from Star Wars: The Force Awakens. The masterful Dark Side user never saw screentime during The Phantom Menace, but there's no denying his dealings were evident throughout its plot. YouTuberThe Stupendous Wave has released a new video which aims to explain the events which took place behind the scenes during Episode I, which involved Plaguies.

It is mentioned that it was due to Plaguies and Palpatine's attempt to manipulate the Force and create life which led to the conception of Anakin Skywalker on Tatooine. Apparently Plaguies was aware of the boy's destiny and feared that he would bring an end to the Sith Order. The video also explains how Palpatine and Plaguies were able to cloud the Jedi's vision and mask themselves in their presence without being discovered.

Although the information sourced for this video is from the 2012 novel Darth Plaguies, which has since been rendered non-canon, Star Wars fans are encouraged to watch the video below and subscribe to The Stupendous Wave on YouTube! Also, be sure to let us know your thoughts on Darth Plaguies in the comments section below!

You may want to add that unfortunately nothing in the video is canon anymore. This info comes from the 2012 novel Darth Plagueis, and unfortunately it's been relegated to the Legends continuity, though the author James Luceno who still writes for Star Wars seems to be trying with all his might to make it unofficial cannon, and he brings some notable characters into the Tarkin book he wrote for the new Disney series.

It was sad to lose the Plagueis novel though. It was a great book for worldbuilding and connecting stories. The story of the chosen one, mini chlorians, and the events leading up to the prequels are so well done. I would highly recommend it even if it isn't canon anymore

.......In fact the whole audiobook may be on youtube for free, and if it isn't right now it will be someone seems to repost it everytime it gets taken down.

Thanks Durp! I have not read that one yet, so thank you for the clarification! I've added a note in the final paragraph explaining how the information present is technically not "canon".

No problem. Stupendous Wave probably just forgot to mention it. For a lot of fans they still fit Plagueis into canon(even the supposed connections to Snoke these are mostly attributed to what Legends Darth Plagueis was) since the new Disney canon hasn't done anything to necessarily retcon what it said, even allowing authors like Luceno to reference it as though it was fact.

It's technically Legends, but it could fit easily into the new Disney timeline outside a few very small factors to my knowledge.

I consider that novel canon Durp.  Here's what I consider canon:

Everything in the current canon

I mean I still use its logic to explain things like minichlorians the the chosen one, but unfortunately none of the old material is cannon. All of the novels ls comics and games from before have that legends logo on it, regardless of how well it fits in the new or old canon.

Sad since none of the new canon novels that I've read are even close to it, Darth Plagueis is one of the most comprehensive Legends works to ever come out. That's also the books only real weakness though. If you aren't familiar with the world the book does so much with the past present and future of it you might get lost, especially in the second part.

^Durp did you get the PM I sent you?

No i dont have any pms right now

BigDave replied to WHERE TO GO NEXT?
More Activity