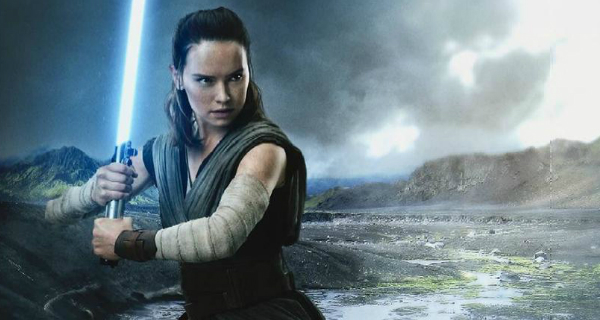 During last nights fourth game of the MLB (Major League Baseball) World Series Lucasfilm aired the new TV spot for this holidays seasons new installment into the Star Wars saga; Star Wars: The Last Jedi. The forty-five-second trailer, which was uploaded to Vimeo by user Pixel Rey provided courtesy of SWNN, is essentially an abridged version of the recent trailer, albeit with a few extra seconds to previously seen shots, most of which may pass by the attention of most viewers.

The one shot that does stand out above the others, and one that passed us by in the recent trailer (below) is the brief clip of Luke Skywalker standing towards the camera dressed in his darker robes as Rey, presumably having just emerged from the water she is seen diving into in the previous scene, stands with her back towards the camera. For those that have scrutinized Star Wars: The Force Awakens and trailers for The Last Jedi for any clues as to what we can expect to unfold in the new movie, you will notice that the rainfall seen cascading down upon Luke and the cinematography of the shot is reminiscent of the part in Reys Force Vision from The Force Awakens where she witnessed what we presume to be Kylo and the Knights of Ren.

This adds to our belief that the already mentioned parts of Reys Force Vision and those in the trailer (above) in which we saw Luke and R2-D2 mourning the destruction of what most fans have speculated thus far to be Lukes Jedi Academy, we believe is actually the first Jedi Temple on Anch-To.

As with Anakin Skywalker, this would mean that Rey has the power to use the Force to foresee events before they have occurred, which will prove to be a powerful scene within the movie as Rey realizes she has already witnessed what unfolds in the mentioned scene. Furthermore, this only adds to the mystery of the power within Rey, who seems to be even more powerful than Anakin ever was.

Counting down the days...

I'm starting to wonder if maybe Luke CREATED Rey, in a similar fashion to Plagueis' creation of Anakin.  Perhaps he didn't know it had even happened, and when he discovered it, he tried to hide her.  He knows training her could be dangerous, just as the training of his father, another being conceived by the Force, had been dangerous and ultimately fatal to hundreds of people when he turned to the Dark Side.  This would explain her her incredible power, Luke's reaction to seeing her, and even Snoke's knowledge of her and desire to see her on his side.

Not too much longer until we (maybe) find out.