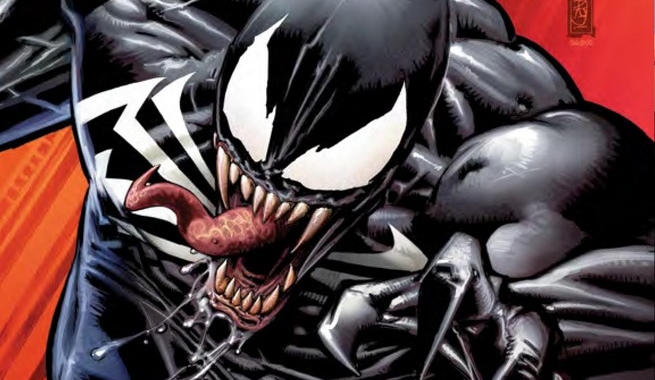 Although there have been an absolute ton of contradictions on this topic, it now looks like Sony's Venom film will actually be part of the Marvel Cinematic Universe after all. This was seemingly confirmed by former Sony Pictures Chairperson and Spider-Man: Homecoming producer Amy Pascal in an interview with Fandom, where she said the following:

“First, there is Spider-Man happily in the place where he’s supposed to be which is in the Marvel Universe. I think everything comes from that. This is the signpost, the tentpole, the signature and… the other movies that Sony’s going to make, in their relationship to this [MCU] Spider-Man, take place in this [separate Sony] world. Although you’re not going to see them in the Marvel Universe, it’s in the same reality.”

This comes after she previously mentioned in a video interview that Venom would be part of the MCU, only to be refuted by Marvel Studios president Kevin Fiege several days later. Feige called her statement in the interview above “the perfect answer”, so at least he agrees with her this time.

Her "separate Sony world" statement seemed to suggest that although Venom would be set in the MCU, it would not be connected to the events of the other films or feature the same characters (Feige again seemed to back this up when he told Variety that Spider-Man would not appear in Venom).

Sony's Venom movie is set to arrive on 5 October 2018. It will be directed by Ruben Fleischer, with Tom Hardy in the titular role.

Well this situation got way more confusing than it needed to be hahaha of course it'll be in the same reality. Can't have Venom without Spidey.

Well in a way we are having Venom without Spidey, as Feige confirmed that Spider-Man won't appear in the Venom movie. I think he'll probably get a mention though.

Who cares the new Spider-Man played by 12 year old Tom Holland is awful. A Venom movie isn't going to make any money anyway. Sony should have continued their movie plans when Andrew Garfield was playing Spider-Man but they let Marvel put him in their movies which sucks. It's time for Peter Parker to be an adult in a movie like the Raimi and Webb films were trying to do and starting were he actually became Spider-Man in the comics not a freshman in high school. Tom Holland sucks, this new Spider-Man in the movies sucks, luckily I still have awesome comics like Renew Your Vows and Amazing Spider-Man to read and an awesome game coming soon. Have fun trying to act like you like the new Spider-Man just like you tried to like Spider-Man 3, **** I'm guilty of that but I eventually came to the conclusion that it's awful. People are only liking homecoming because it has Marvel's name on it now and that's sad but that's the way it is. I will never watch another Spider-Man movie ever again until he is an adult.

Going to take it with grain of salt.

Peter Parker is supposed to be a teenager not a 30 something year old man.

Peter Parker is an adult now in the comics and has been for a long time excluding stories that go back to when he was young and after now 3 different iterations of Spider-Man in movies it's time for a change. Peter Parker can be whatever age you want him too man I don't care but he isn't supposed to be a teenager anymore and in pretty much everything he is an adult now. Comics, games, most everything. Nobody needs another version of teenage Peter Parker in a movie, we have plenty.

Actually he is, everyone has been sick of the adult Peter Parker hence why they've rebooted it again. Spiderman didn't become an adult for a while in the comics, as he became Spiderman at 15 years old freshman year. They aren't going off of what the comics are currently doing, they're going back to the originals.

Yeah I know but he wasn't really Spider-Man the hero until after his Uncle Ben was murdered, he used his powers for making money and wrestling when he first had his powers not for good. And most of the comic book stories where stuff actually happened was when he was in college where he met Gwen Stacy and Mary Jane and Harry Osborn and where pretty much everything of consequence took place. Not throughout four years of high school.

So at least put him in college.

Why? Peter Parker became Spider-Man when he was in High School.

Um because, 2 other Spider-Man movie franchises have already dealt with him being in high school. Case closed

Actually they really didn't, the only thing with him being in Highschool was that they said so. There was no showing of him being in highschool really at all. Plus both Spiderman 2 and Amazing Spiderman 2 had him become an adult.

sigh, fanboys. Give this guys a cookie, bravo. Great spelling

Make sure you watch those scenes of Peter in English class and learn proper grammar, haha.

Curt, Peter's school played a much more pivotal role in Homecoming than it did in the Raimi and Webb films. Also, Tom Holland does not suck, nor does he look like a twelve-year-old. Maguire was a great Parker, and Garfield was an excellent Spidey, but Holland was the best of both worlds. Yes, he's young, but he looks more like a high school student.

"Make sure you watch those scenes of Peter in English class and learn proper grammar, haha."