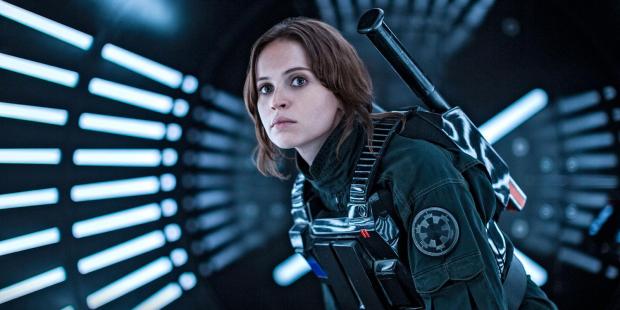 It was bound to happen sooner or later. Rogue One has now surpassed $1 billion at the worldwide box office, having grossed a total of $1,011,301,563 worldwide.

$512,201,563 of this amount came from the USA, whilst the overseas total currently sits at $499,100,000. It's still playing in most territories, so expect its final gross to be significantly higher.

Rogue One is now the third Star Wars film to have hit the billion dollar mark (if you include the 3D rerelease of The Phantom Menace), and it won't be the last. But for now, let's live in the moment and bask in the glory. I offer my warmest congratulations to everyone at Disney and Lucasfilm for their huge success.

For me this is great news, but I have a feeling it means they'll keep trying to milk the OT with these spinoff movies instead of branching out.

Not surprising, but also well deserved. Rogue One was fantastic!

Guys, I have never understand why people are so interested in Star Wars!

There are so many reasons. I will merely list mine out as self-explanatory:

I know I've missed so much out. But just to prove I'm not just a 'yes' man, here's somethings I detest:

But to come back to topic, Rogue One was an outstanding film and so the numbers speak for themselves.