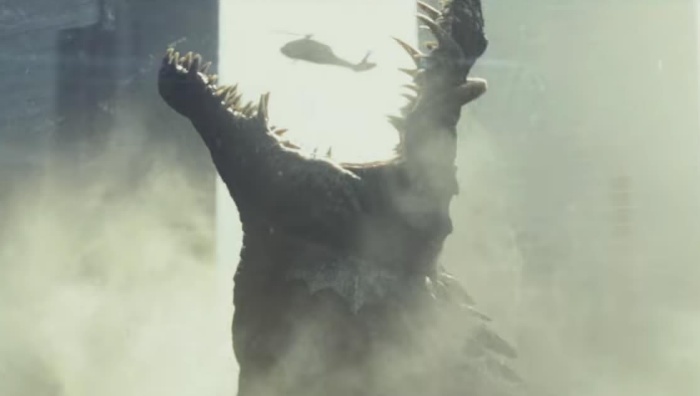 Images of toys based on the giant monsters and characters from Dwayne Johnson's Rampage movie have surfaced online! The same toy company who produced the toys for Kong: Skull Island, Lanard Toys, are producing the figures for Rampage and below we have a number of toy sets which will soon be available for purchase through all major toy retailers: 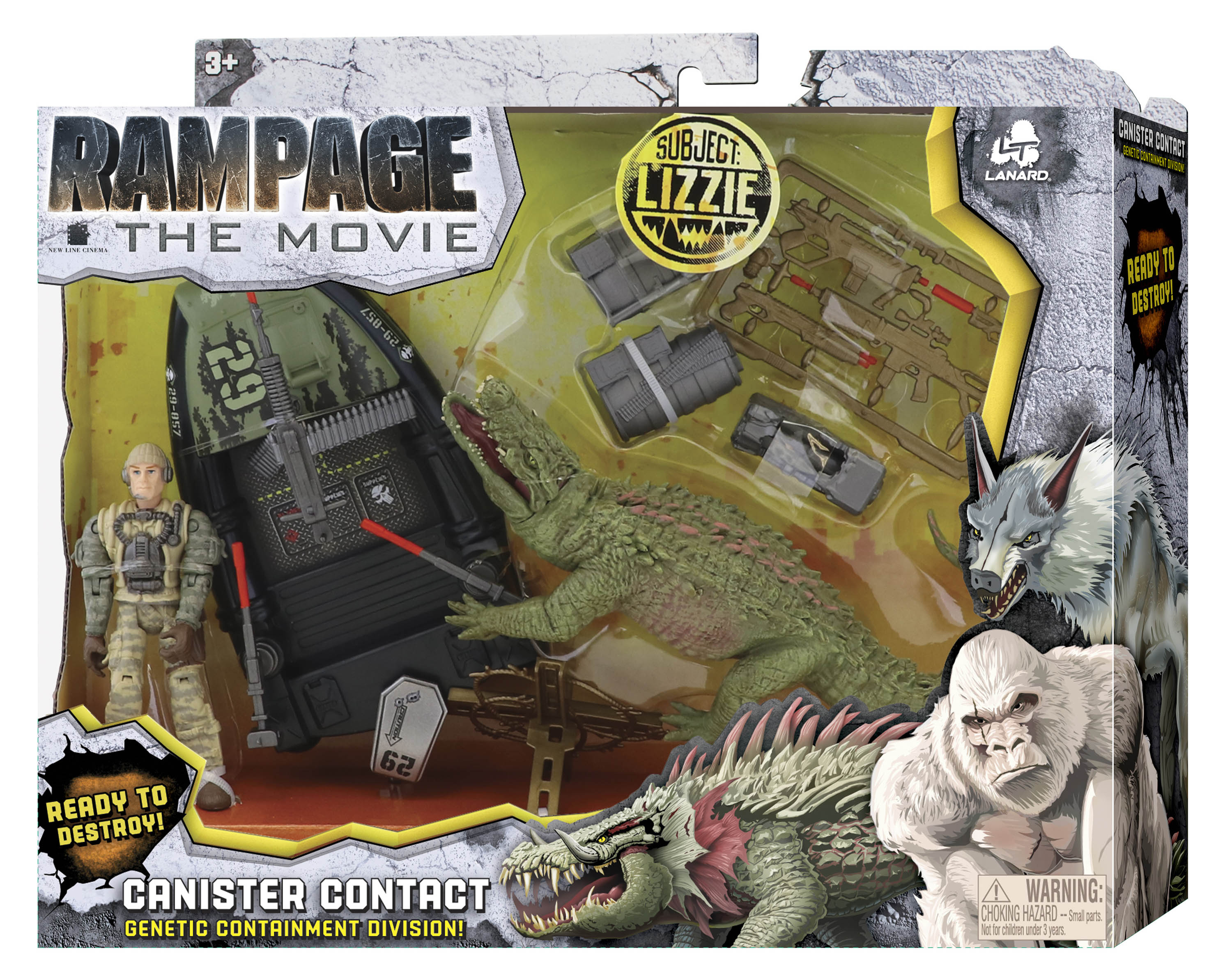 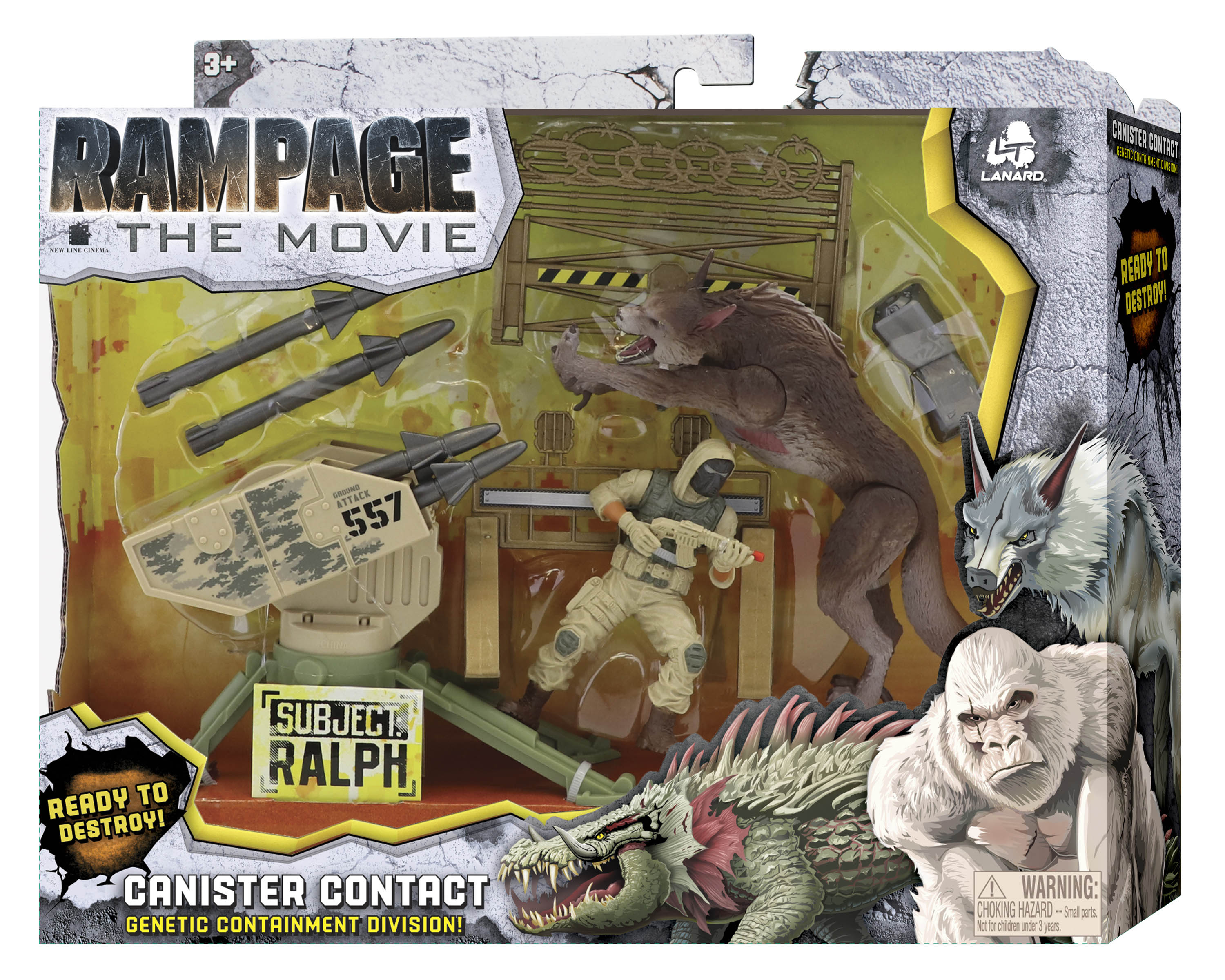 Thanks to ToyArk for the news!

Primatologist Davis Okoye shares an unshakable bond with George, an extraordinarily intelligent, silverback gorilla that's been in his care since birth. When a rogue genetic experiment goes wrong, it causes George, a wolf and a reptile to grow to a monstrous size. As the mutated beasts embark on a path of destruction, Okoye teams up with a discredited genetic engineer and the military to secure an antidote and prevent a global catastrophe.

Aren't they supposed to be Humanoid?

^Not these versions.  They were redesigned for the movie.

Never the less... THEY WILL BE MINE.

Also, word on the street is these'll be Walmart exclusives, not sold everywhere.

Note that the larger boxes contain different version of the monsters, featuring slightly less "mutated" features.  I guess this confirms that the monsters will be evolving throughout the movie as it heads towards its climax.

Actually I think the larger versions of the monsters contain the more mutated ones. Look at Lizzie, her large version has tusks yet the smaller one doesn't and looks more like a normal alligator/crocodile.

Oh I got ya, I thought you meant the larger figures were the less mutated ones.