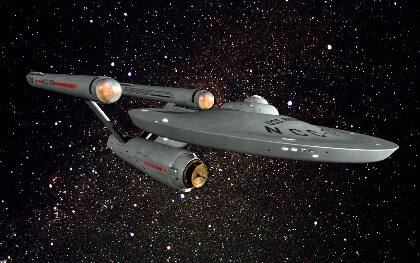 Showrunner Bryan Fuller dropped some interesting details on the upcoming Star Trek TV series in an interview with Collider at the Saturn Awards.

The biggest revelation was that the new series will run for a total of 13 episodes, which seems very reasonable given the inevitable high production costs. He went on to say that one story arc will be told over the course of the 13 episodes, so it sounds like we're in for some deep storytelling.

Unsurprisingly, he also said that we'll have to wait until Comic-Con for more specific plot details, but he did drop one more huge tidbit of information: filming will last from around September until March. So we really don't have long to wait until TV boldly goes where no man has gone before.

I feel this TV show is going to be a missed opportunity from what I've read on some website, not sure if it was here. But I heard a rumor that the new Stark Trek tv series is going to take place between the Original Series and The Next Generation but this could be a rumor, I hope it takes place after Star Trek Nemesis because I want to see Romulans in Star Fleet, I mean that is what they were kind of hinted at at the end of Nemesis similar to what happened at the end of the undiscovered country and the Klingons.