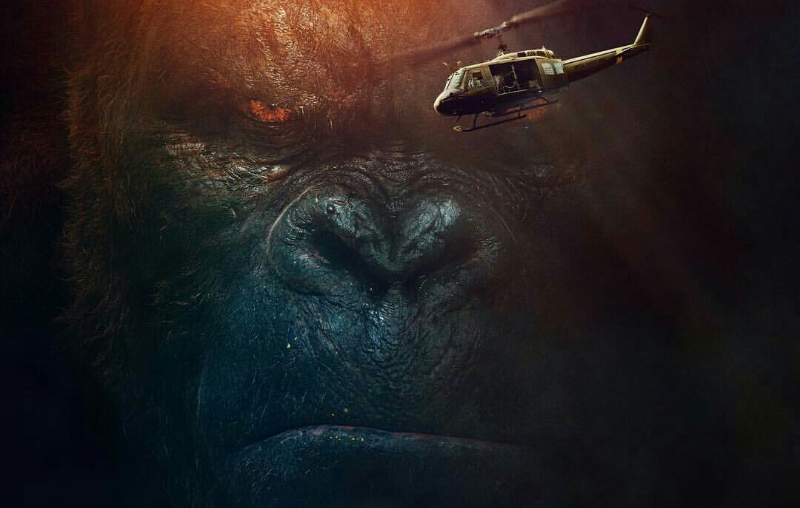 A new Kong: Skull Island trailer is on the way tonight and to help build hype for its debut, the official Skull Island Instagram account has shared a new poster variant for the film! The poster features a clearer look at Kong's face, with a helicopter flying infront. The logo has also been updated and now features an orange hue instead of the grey / silver logo featured on the last poster. Of course, this version was first uploaded to Instagram and seems to be cropped. Expect a taller version to release later on today as promotion continues to accelerate. 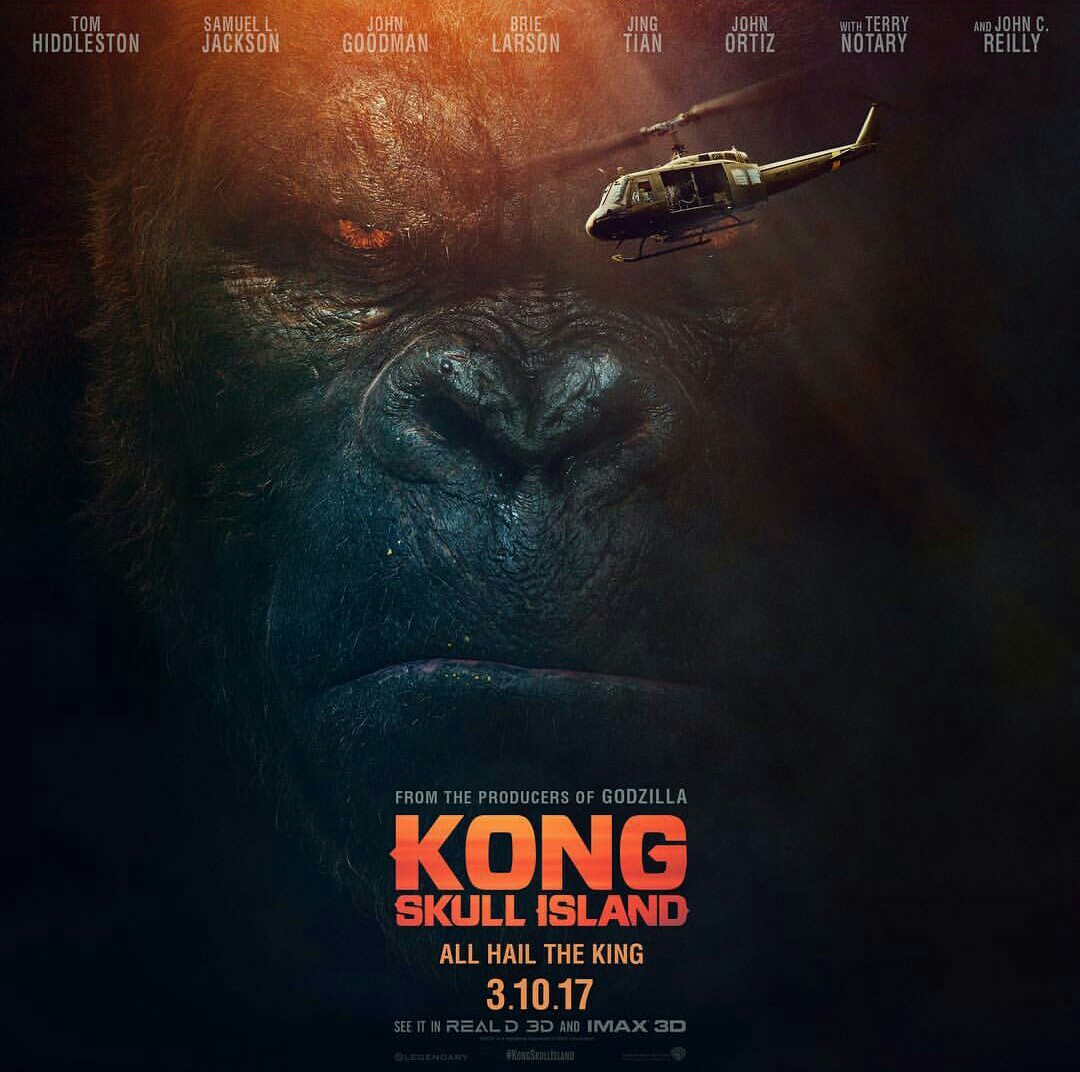 Following the above poster's release, Tom Hiddleston also shared another poster variant to his Twitter. Check it out: 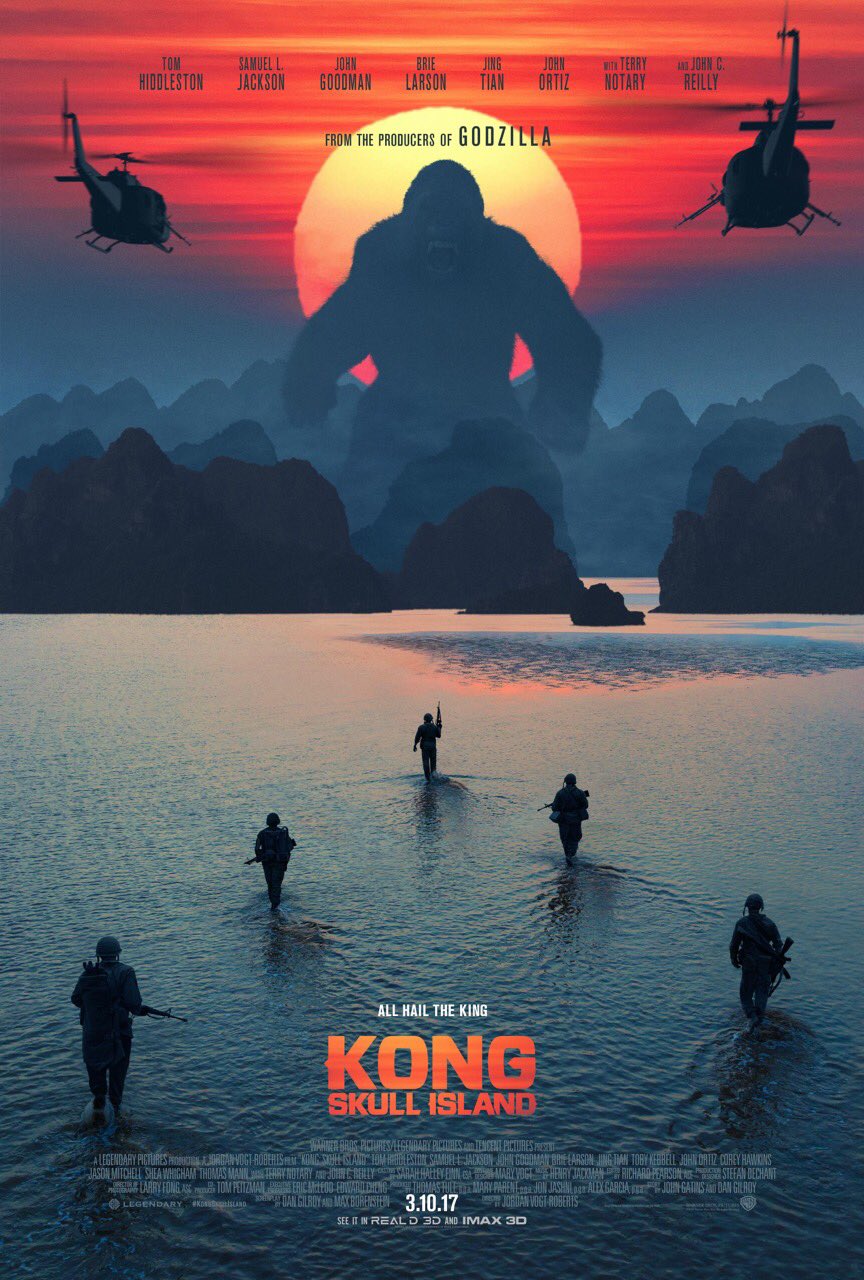 The new Kong: Skull Island trailer will debut at 9:00 PM PST tonight! Be sure to check back for when it's online. We will he gathering a number of HD screenshots of all new footage once the trailer is available!

the second one looks almost exactly like the godzilla posters

Those are beautiful! If it weren't for all the words (with the exception of the title and slogan), I'd use those as backgrounds on my computer.

Legendary certainly love their helicopters in these posters haha Godzilla too, helicopters everywhere!

CHRIS PICARD - These are very neat! :)