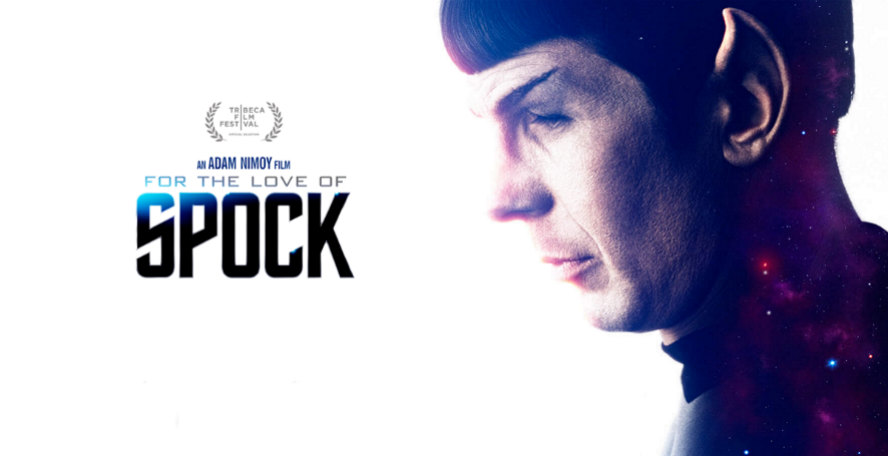 Star Trek is now 50. The one sci-fi series to rule them all has finally hit the big five-oh. Unfortunately, Leonard Nimoy, who was known for his incredible performance as Mr. Spock in the beloved series, died last year before he could see the half-centennial celebrations of the franchise that he helped to make so adored.

To celebrate the life of a truly remarkable man, his son Adam created a feature-length documentary called For the Love of Spock, which features extensive interviews with Nimoy himself about the character he played for most of his life. William Shatner, George Takei, Nichelle Nichols, Walter Koenig, Chris Pine, Karl Urban, Simon Pegg, and Neil deGrasse Tyson also appear to share their affinity for Spock and share why they felt that the character became such an icon of popular culture.

The film ended its Kickstarter campaign with whopping $662,640, making the highest-funded crowdfunded documentary of all time. Celebrate the Love of Spock for yourself by purchasing a copy of the film via Amazon. And remember to live long and Prosper!

Should Star Trek even be called a Sci-Fi? I know its in space, has boring human aliens, has robots, and they fly around in a spaceship but the original series ran mostly on magic/fantasy plots and story elements.

I do NOT think Star Trek was the Sci-Fi that ruled them all, since I sincerely believe that without Star Wars, Star Trek would of eventually been a memory and not the iconic series it is today.

How incredible! I will certainly watch this do***entary the first chance I get! :)

"but the original series ran mostly on magic/fantasy plots and story elements."

Uh... Have you even watched the original series? Because this sentence is a dead give away.

Fantasy was never the answer in Star Trek. In fact most episodes revolved around answering mysteries that seemed like fantasy, otherwise, but after a battle of wits the characters (far from boring) discovered rational, logical explanations behind them.

Yes. Star Trek is, should be and forever will be sci-fi. Like it or not.

As for the doc: I can't wait. The trailer alone is a tear jerker and I've heard it's one of the best docs yet covering the franchise.

I have watched the original series. I even watched Next Generation, i'm still on the last few epsiodes. I watched most of Star Trek Enterprise, I havent gotten to Deep Space Nine or Voyager yet. I have watched all the Star Trek movies.

Next time keep your eyes open and the volume up.

My eyes were open and the Volume was up! Like serious the second pilot (the one that actually featured Captian Kirk) with the dude turning into a god and magical creating **** out of thin air, how is that sci-fi! Oh and Q, freaking Q! Magically doing what ever he pleases, how is that sci-fi! Star Wars at least admits its a science fantasy.

how to take a screenshot

how do i screenshot on a mac