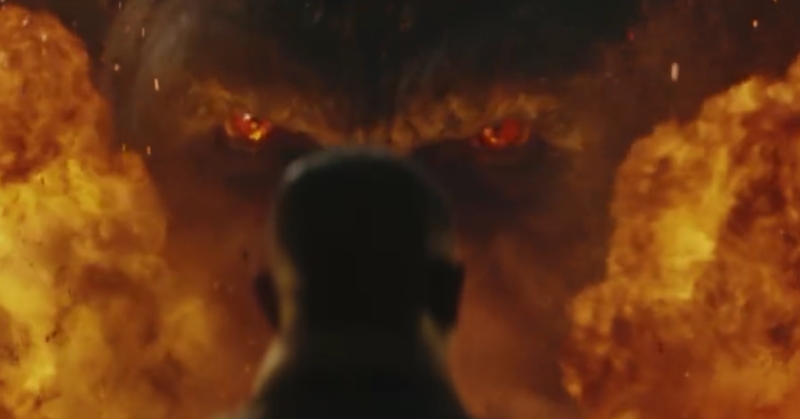 Before the new full-length trailer drops tonight, a German TV spot for Kong: Skull Island has been discovered! It features a few new cut-scenes which will likely also feature in the upcoming trailer. One scene in particular however is completely new and appears near the end. It shows Kong rising from behind a wall of fire, his eyes glaring red. It's an extremely powerful and terrifying moment and I can't wait to see what it looks like in the new, full-length trailer tonight!

I've uploaded the TV spot to our YouTube channel, which you can view below. Big thanks to Gman for sending it my way!

Be sure to check back tonight for the English, full-length trailer! It is set to arrive at 9PM PST.

WOW! AMAZING CHRIS AND GMAN THANKS!

CHRIS PICARD and GMAN2887 - Oh, wow! That is exceedingly fantastic! I can not wait for this film! I thank both of you for sharing this with us! :)