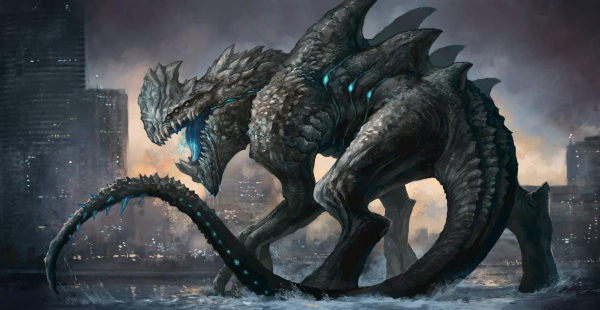 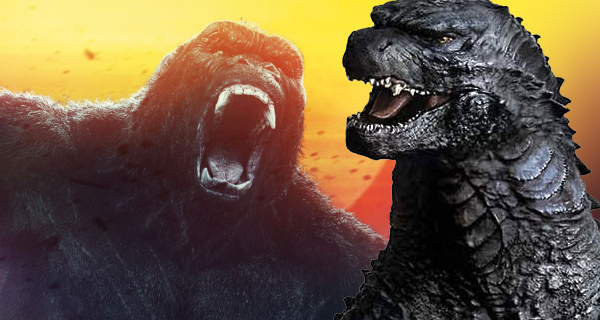 In one month, Kong: Skull Island will reign in theaters and in 2019, Godzilla will return to the big screen in King of the Monsters, which is slated to begin production as early as June of this year in Atlanta! If you've been following Warner Brothers and Legendary marketing for this film, you would know that Skull Island takes place in the same universe as Gareth Edwards' 2014 Godzilla. This shared universe is called the Monsterverse, officially. Due to this fact, technically Skull Island is actually a prequel to the Godzilla films - set in the 1970s while Godzilla took place in present day. It is currently unknown what time period Godzilla: King of the Monsters (Godzilla 2) takes place in, but we know that by the time Godzilla vs. Kong arrives in 2020, King Kong will have grown - a lot, so we can assume both Godzilla sequels take place well after the events of Skull Island.

It just so happens that there will apparently be an end-credits scene for Kong: Skull Island - much like Marvel's cinematic universe, the post credits scene will likely contain clues and/or a teaser for the next film in the series - Godzilla 2 'King of the Monsters'. Many fans have already speculated that Skull Island will introduce us to Mothra in Larva form - the giant Moth monster, which is expected to make an appearance alongside franchise icons Rodan and Ghidorah in the hotly anticipated Godzilla sequel, but those rumors and speculations are unconfirmed.

KONG FANS! Make sure your butts stay on your seats for an awesome awesome after credit scene from #kongskullisland It will NOT disappoint!!

Nowhere does Kellvin confirm what the post-credit scene will contain, but we speculate, given what we know so far, that the end credit scene will in fact prepare us for Godzilla 2 'King of the Monsters'.

As new details arrive concerning Kong: Skull Island's end-credit scene, we will be sure to keep you posted!

Sweet! I would hop out of my seat if they gave us even the slightest glimpse of Ghidorah.

I hope so too.

It has to connect to Godzilla in some way if they're going to have one.

Let people have a taste before that loooooooonnnnnnggggg 2 year wait for G:KotM

Hell yes! I'll probably stay through the credits to listen to the soundtrack anyways.

I doubt the end credit scene will be linked to Godzilla 2 due to the massive time gap. However there is a massive chance i'm completely wrong.

SasquaDash replied to Why do you think people in Japan Thought ¨Hmm Maybe Gojira Should earn a hollywood star?¨

SasquaDash replied to Why do you think people in Japan Thought ¨Hmm Maybe Gojira Should earn a hollywood star?¨

G. H. (Gman) commented on No Godzilla? No Problem! Kaiju Films Coming in 2022! from the Godzilla Movies website!

HinikunaGoji replied to Why do you think people in Japan Thought ¨Hmm Maybe Gojira Should earn a hollywood star?¨

Nicozilla started a new discussion: Why do you think people in Japan Thought ¨Hmm Maybe Gojira Should earn a hollywood star?¨ on the Godzilla Movies forum

HinikunaGoji commented on No Godzilla? No Problem! Kaiju Films Coming in 2022! from the Godzilla Movies website!

DarkoRaptor replied to More Toho Kaiju In The MonsterVerse?

DarkoRaptor replied to What Made You a Godzilla Fan?

DarkoRaptor commented on No Godzilla? No Problem! Kaiju Films Coming in 2022! from the Godzilla Movies website!