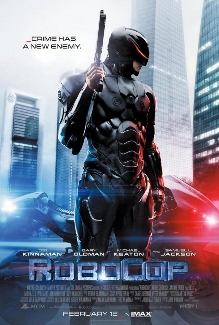 Finally getting around to posting my RoboCop (2014) review. The past two weeks have been rather busy for me, so I do apologize for the delay.

Once thing I've noticed in the days following RoboCop's release on the 12th, is the lack of discussion the film generated. Certainly a reboot of a cult classic such as RoboCop would have ignited more debate and discussion than what it has. But why? The answer is quite simply, the film is generic and predictable. 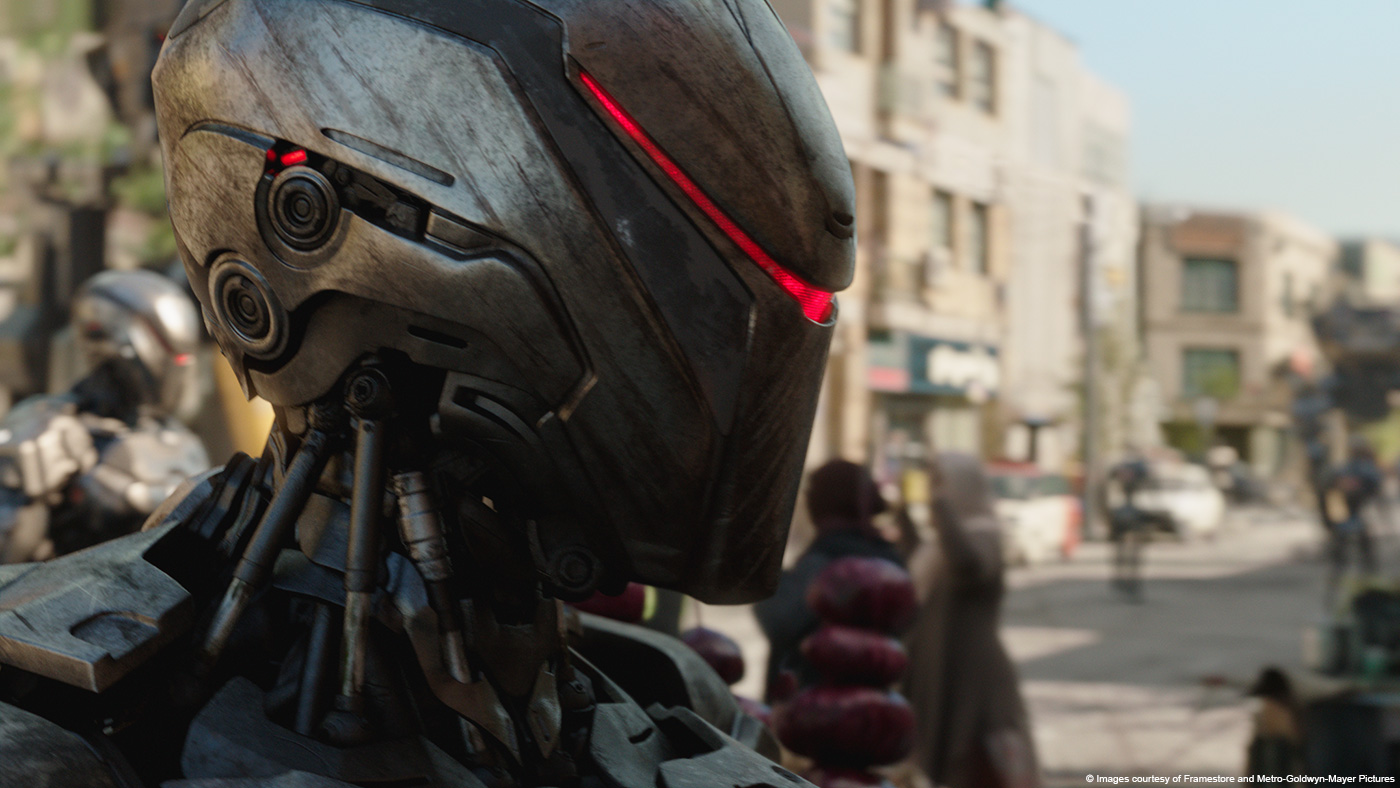 I had my doubts and relatively low expectations going in, only because of what I had seen throughout the film's marketing campaign. So many aspects of the original had been altered to a point that RoboCop didn't look or feel like RoboCop. I won't spend this review nit-picking the finite details and differences between the reboot and its predecessor, because frankly most online reviews about the film have already done so and I feel it would be a waste of time.

RoboCop's weak points includea generic plot, average visual effects and very little raw action we were so used to in the originals. The film really had no wiggle room mind you, so these weak points were to have been expected. If they had created a totally new RoboCop, the fans of the originals would have ripped it apart, while film critics complain there's nothing new brought to the franchise. It's the age old issue any reboot / remake has to face and sadly, we're seeing a lot more of those coming out of Hollywood over the past 5-10 years.

So can I judge RoboCop on being bland and predictable? No, because I saw the original and I knew what was going to happen. But regardless, let's list off some of the pros and cons of this year's RoboCop remake...

The Suit
The most talk this film received leading up to its release, was a slew of angry movie fans complaining that the new RoboCop Armor looked more like a modified "Bat suit" than RoboCop. Thankfully however, they did pay homage to the original by showing multiple variants of the RoboCop armor - one, modernized classic suit, one "tactical" black suit and finally a glossy white, classic-ish suit by the end. I am glad they made these accommodations, but I think the film would've sat better with fans, had they stuck with the first suit re-design: The Music
The music is very reminiscent of the original and for that, I did enjoy the overall score for the film.

The Commercials
Thankfully, we were spared the many, corny commercials featured in the original with this reboot. Instead we're introduced to more of a political talk show, hosted by Samuel L. Jackson, who attempts to sway the public into believing in robotic intervention within society. The Acting
Unfortunately, I found the acting to be lackluster. Despite having a strong cast for this film, I never really felt connected to any of the characters, especially Alex Murphy. In the original, you could experience his pain of losing his family, his home, even his memory! With this reboot, Murphy retains his memories, his family remains and so does his home. Literally, all the elements which ignited RoboCop's rampage in the original were absent in this reboot and it certainly translated into my emotional experience of the film. Regardless of Murphy's dopamine levels, I felt like he was a stone cold robot throughout the entire film, with very little "humanity" present. A pinnacle factor from the original and the "RoboCop" concept in general, which I find was missing from this reboot.

The Visuals
As much as I love the stop-motion ED-209s from the original, it was nice to see them brought to life with CGI. However, the film could have benefitted greatly from more practical effects. There's a point in the film where Murphy jumps on the top of one of the ED-209s guarding OmniCorp, and he moves too fluidly - it's clearly CGI, but it completely negates the previous 2 hours of the film when Murphy was(at least attempting to) move robotically. It just added some inconsistency to the scenes which I think could have been improved greatly prior to release. 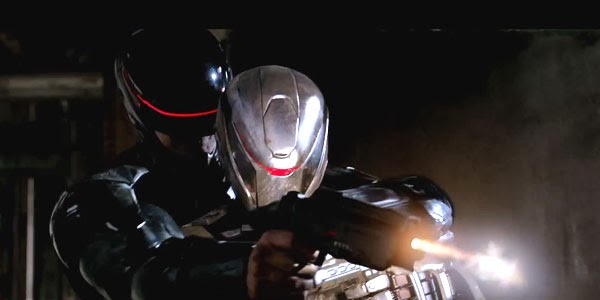 All in all, I give RoboCop a 2.5/5 because though it didn't hold up to the originals, it really had no alternatives. It's bound by the shackles of every reboot and remake Hollywood is spewing out these days. You can't fault it for not living up to the originals, it never could and fans would never admit it, if it had. I think the amount of post-release hype surrounding the film speaks for itself. RoboCop is just another reboot Hollywood green lit in hopes to make a quick paycheck.