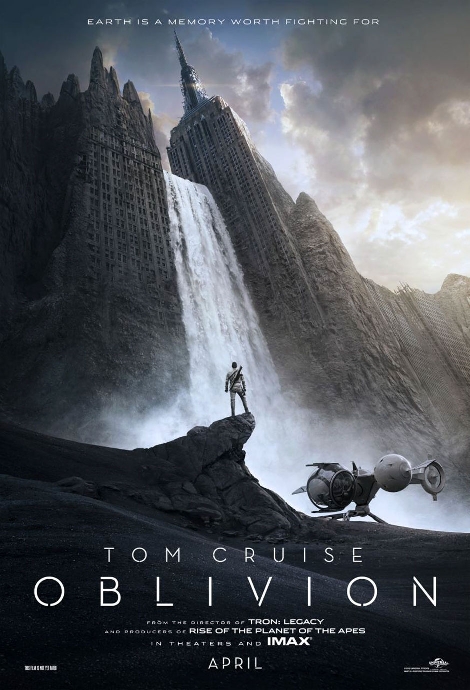 Learn More
3.0
[b]Oblivion[/b] - a movie that intrigued me at the beginning, with the various trailers and TV spots generating a healthy level of hype and excitement. Tom Cruise's performance was great and Morgan Freeman delivered once again. I saw Oblivion at my local IMAX theater when it premiered. I'll say right now, that the plot twist halfway through the movie did catch me by surprise, I did not see it coming. But the ending of the film felt recycled - specifically from a number of previous science fiction classics. I enjoyed the level of adventure the film had however, in exploring a devastated Earth following the [i]Alien[/i] invasion. The special effects were quite good and the soundtrack fit the film nicely. The ending was the only real gripe I had about the movie - it was way too predictable and reminded me way too much of a few previous sci-fi movies, specifically [b]Independence Day[/b]. Considering the engaging plot twists leading up to the end of the film, I expected a "deeper", more "profound" finale. But I still enjoyed it. Not enough for a second trip to the IMAX, but definitely to purchase on BluRay. So for that, I give [b]Oblivion[/b] a solid 3/5.