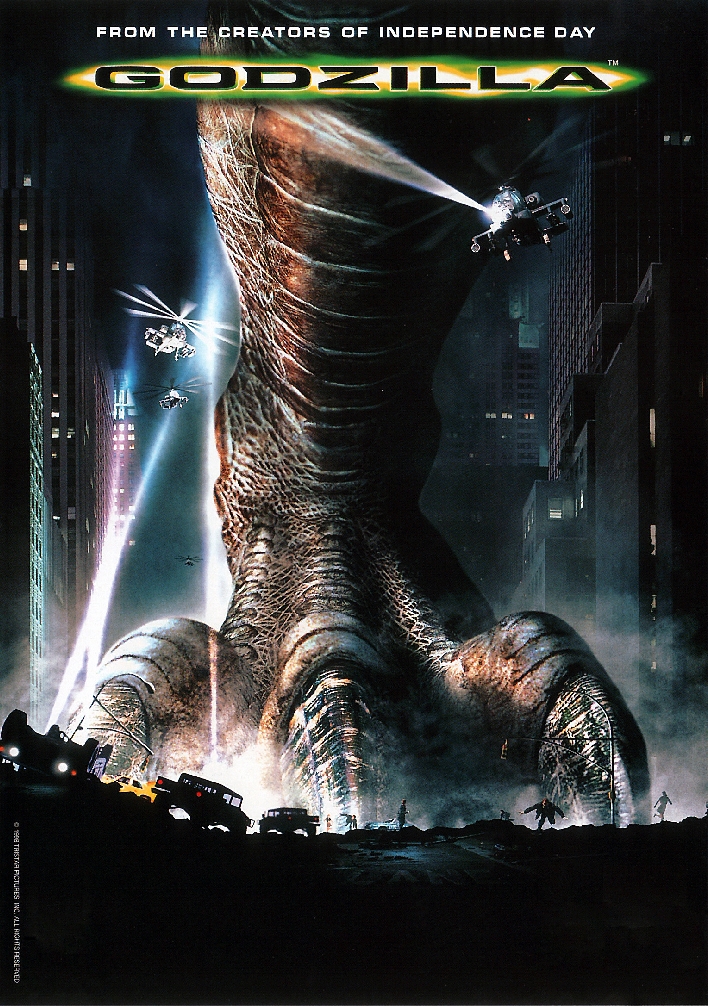 I cant explain in depth at what i went through with this movie.

I was a young Godzilla fan, about 18. I had become a Godzilla fan in 1994, my first film was Godzilla vs King Ghidorah.

I heard the news of an AMERICAN GODZILLA film coming out, and like anyone, i engaged hypermode.

As the movie neared closer to release i bought the posters of his foot.

The title and everything, except i didnt know what Godzilla looked like.

On the day of its release i didnt see it due to something coming up, but i saw the reviews, "Damn this film this is the worst piece of crap ever, Godzilla is a t rex who squeals and everything, and get this, Killed By Missles."

At first after reading this i was like, "Man you must be joking."

I saw the movie the second day of its release, the review was so right i cant explain.

The movie is a honest to heart rip off of Jurassic park, damn you scuba steve!!

The film is just abominable, the dumb jokes to the overall horrible acting, to freaking Godzilla himself.

After seeing this film i went home, and in a fit of rage broke in half some of my Godzilla action figures, and completely destroyed my posters.

After that i went into a 18 year hibernation from Godzilla.

I didnt watch the movies and i didnt pay attention to it.

Thats how much detremential this movie was, but in 2012 i heard the news of the new Godzilla. I didnt trust it, but when i saw Godzilla, i knew this film would make up for what Zilla did.

So i hope my review will make you never pay any money to fricking tristar over this depressing garbage that made the name GINO (Godzilla In Name Only.)