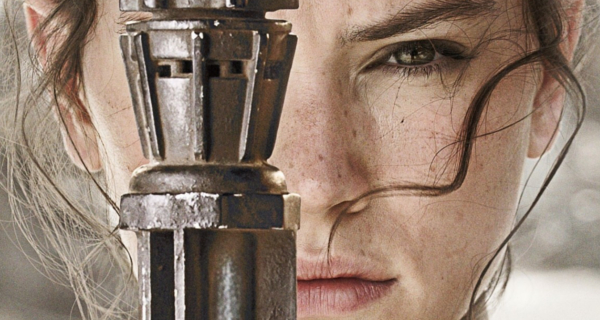 Since the release of Star Wars: The Force Awakens many fans have been trying to unlock the mystery to discover the true identity of Daisy Ridley's character Rey who despite being the movie's primary protagonist her origins, family name and her true allegiance remain a mystery. As such, speculation has been rife with theories ranging from the very possible to the most outlandish. According to reports fans may not learn the truth until Colin Trevorrow's Episode IX is unleashed in theaters in 2019. While it is highly unlikely that Rey's true identity will be confirmed officially before then, with The Force Awakens having focused quite heavily on her character we do actually have some pieces of the puzzle of the mystery of who, or what Rey is.

Human characters in Star Wars, like post people here on Earth, have at least two names; their given name and their family name - Han Solo, Leia Organa, Luke Skywalker, Lando Calrissian, Sheev Palpatine, Anakin Skywalker, Padme Amidala, Obi-Wan Kenobi, Mace Windu, Jango Fett, Boba Fett, Qui-Gon Jinn etc. Although it is true that some characters in the Star Wars universe only possess a singular name, these characters are usually not human such as Maul, Watto, Yoda, Chewbacca etc. As such it seems unusual that Rey has no family name. 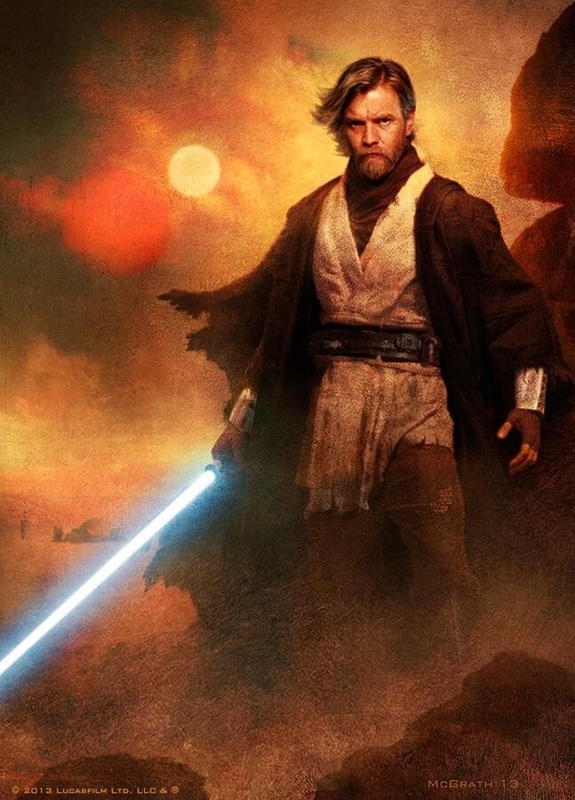 Then there is the puzzle of her given name. When Rey touches Luke Skywalkers (formerly Anakin's) Lightsaber and experiences a barrage of visions we hear Obi-Wan Kenobi say her name, Obi-Wan's following words to Rey are heard as the vision subsides, fading as she returns to reality - Rey connects to the Force through the lightsaber, awakening her abilities and connection thereof. We know this awakening was felt by Supreme Leader Snoke and Kylo Ren, it is, therefore, logical to suggest that it was also felt by Obi-Wan (much like when Alderaan was destroyed by the Death Star) who then reached out to Rey with his words of guidance "Rey, these are your first steps." 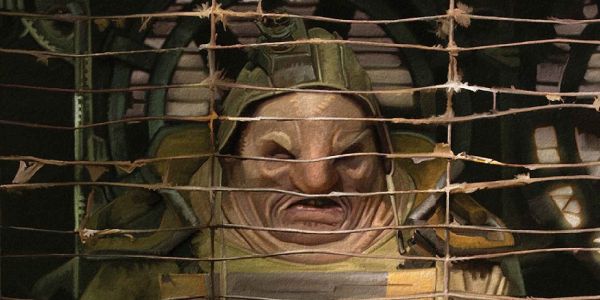 This makes Obi-Wan the only character to call Rey by that name without her introducing herself beforehand, as beyond the circle of characters she meets throughout the movie (to which she introduces herself as Rey), all other characters refer to her as the "girl", including Kylo Ren, Supreme Leader Snoke and of particular interest, Unkar Plutt (portrayed by Simon Pegg), who despite having been responsible for her since she was left on Jakku referred to Rey as "Girl" when she was little and again when he ordered his goons to grab BB-8. Whomever Rey really is, rest assured Unkar Plutt knows the truth, and will likely return. 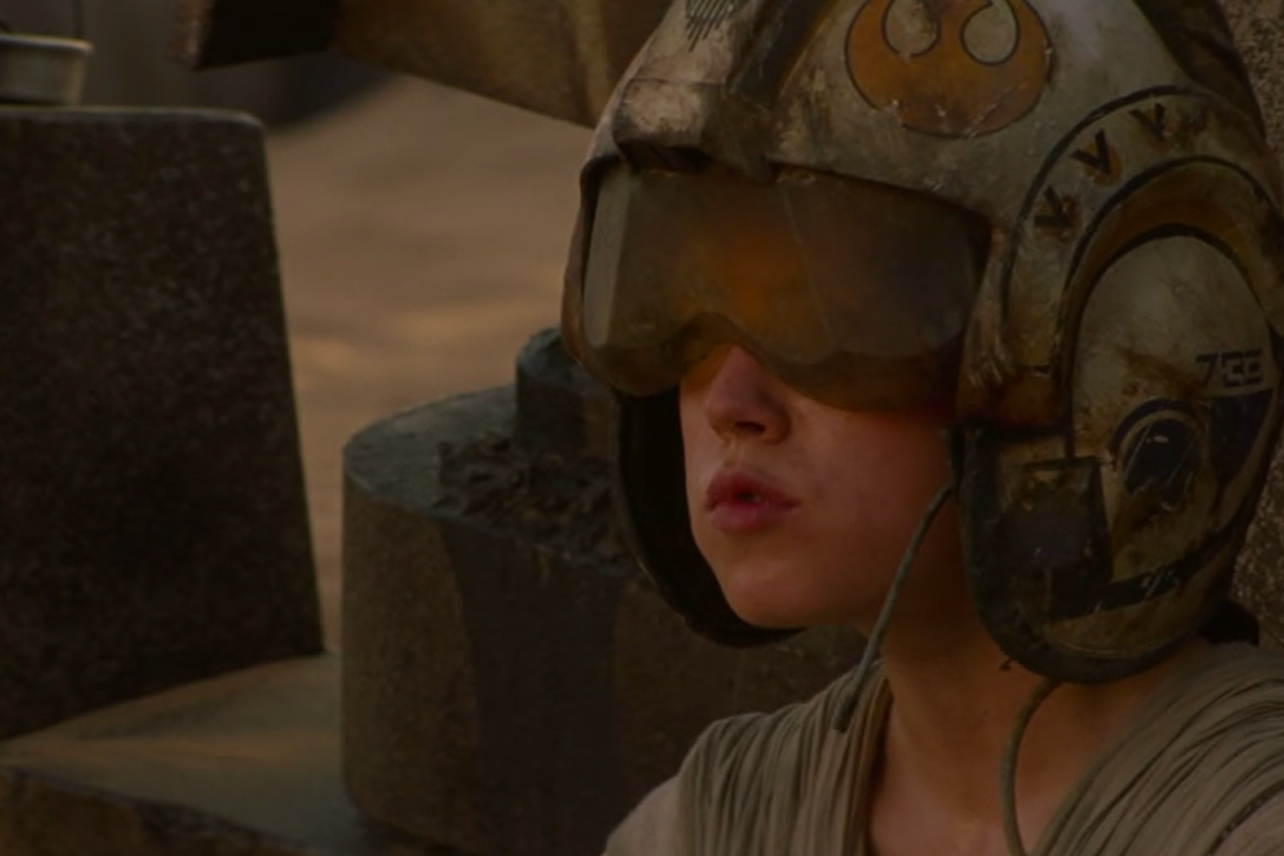 At the beginning of The Force Awakens we see Rey taking refuge in the remains of an AT-AT Imperial Walker, within and thereabouts we see that Rey has a selection of X-Wing pilot memorabilia including a Doll of an X-Wing Pilot as well as an X-Wing pilots helmet. As is usually the case with such "military" attire a name is written on the side of the helmet in the Star Wars language known as Basic, a hieroglyphic language that when spoken sounds like English (the three symbols that look like 7GE). Interestingly the name on the side of said helmet is "Raeh" or "Rey". Could it be that Rey isn't actually called Rey, that she took the name from the helmet as her own and that before her exile on Jakku she was known by another name?

There has been and continues to be a lot of speculation into who exactly Rey's parents are that left her on Jakku with Unkar Plutt. Suggested thus far have been Emperor Palpatine, Obi-Wan Kenobi, Leia and Han, and of course Luke Skywalker. There have even been other suggestions that Rey may be another child born of the Force or that Rey is the reincarnation of Anakin Skywalker. Another more recent theory, fueled by an interview with Star Wars concept artist Iain McCaig, suggests that Rey could be the descendant of an alleged romantic affair between Qui-Gon Jinn and Shmi Skywalker that was reportedly in early versions of The Phantom Menace. Considering Lucasfilms reluctance to even refer to the prequel trilogy for fear of a fan backlash we doubt that this theory has any weight.

Unfortunately nothing more in The Force Awakens or any snippets revealed since the movies release shed any more light on the mystery of who, or what Rey is. The only possible glimpses into the mystery of the Saga's new, female protagonist is that her name likely isn't Rey and that she has an exceedingly strong connection to the Force.

I think she's a descendant of Obi-Wan

It is tough to tell. The only two theories I see really being super plausible are Luke being her father or we have never met her family before. Still, I think that the Anakin reincarnation theory is surprisingly cool and could work if they wanted to do that.

Quick sidenote, it reeeaally pisses me off that Disney won't really touch the prequels. A lot of good can be made in building arcs from some characters/events in that era. But, I am sure the Star Wars universe will be fine either way, so whatever.

Random thought, what if Ezra or Kanan from Rebels end up being her father? That is a long shot, but may be interesting.

But yeah, either Luke's daughter or some new characters we haven't met before.

Please god don't make her a reincarnation of Anakin, or "the chosen one". Don't care as long as that's not the backstory.

^True, IDK how Anakin would get reincarnated

It's not Anakin himself as much as the essence of the chosen one.

If you've ever seen that cartoon Avatar the last airbender it basically follows that to a ridiculous tee. Rather than being someone special that would destroy the Sith who has spent a millennium executing a plan, the chosen one comes anytime the galaxy is out of wack.

Please god do not to that with Rey.

^I don't see them going that route; especially considering how much they're intentionally trying to ignore (or at least separate) the current crop of movies from anything that reminds audiences of the prequels too much.

Yes, but they also seem to want to bring in Darth Vader in as many aspects as possible. Just his lightsaber is a big part of the 3rd act. Also the chosen one aspect could be seen within elements of the original trilogy, and came to fruition in the climax with Vader actually killing the Emperor. If there's one aspect they bring in from the prequels I could see the chosen one being the most likely.

Not that Rey's a reincarnation hopefully, that would be awful. I tend to think Rey has no family connection, but Episode VII throws so many things that seem to point out she's a Skywalker. Could all be Red Herrings though.