Dominion director Colin Trevorrow teases a return to Site B in Jurassic World 3!

No New Godzilla vs. Kong (2021) Trailer Arriving Next Month

Another Huge Week of Godzilla vs. Kong (2021) News

Jurassic World 3 will have more Animatronic Dinosaurs than ANY previous Jurassic Park movie! 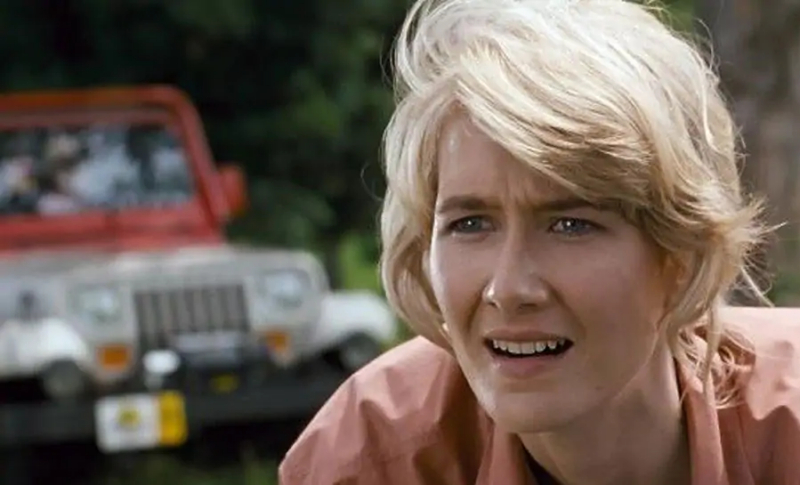 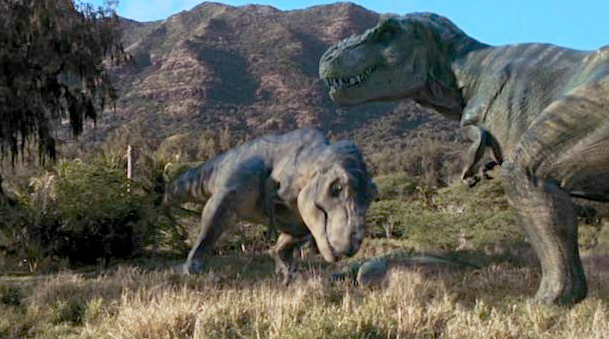 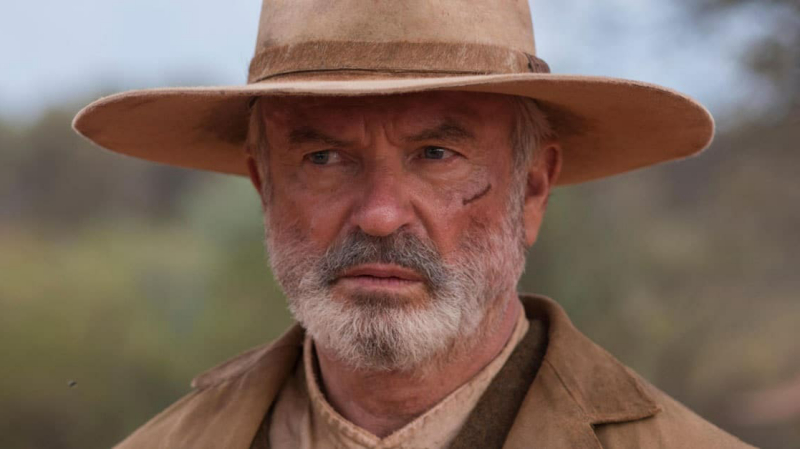 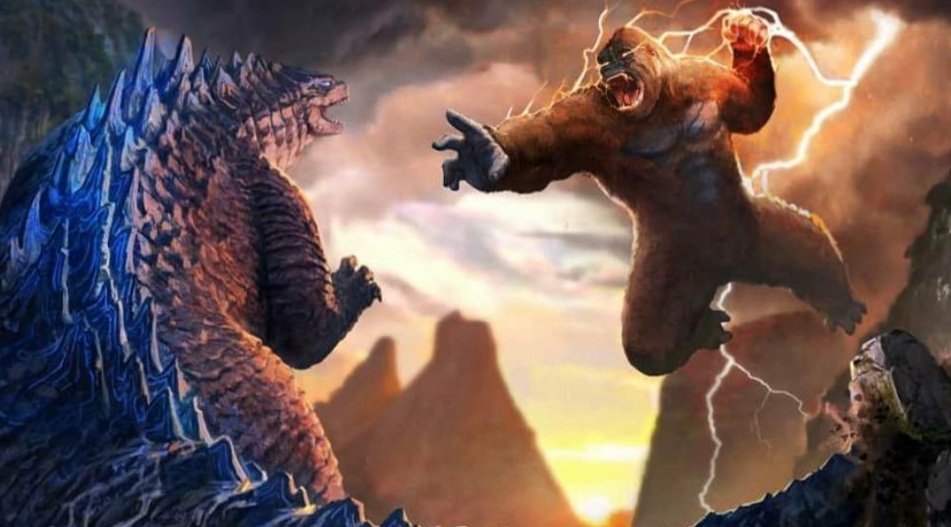 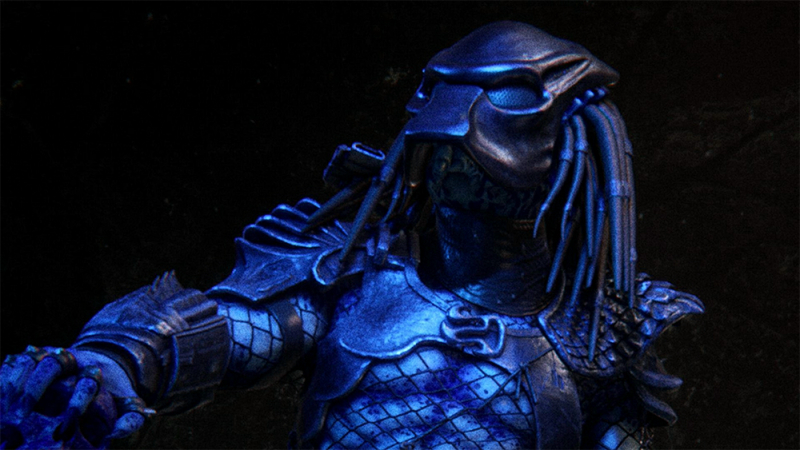 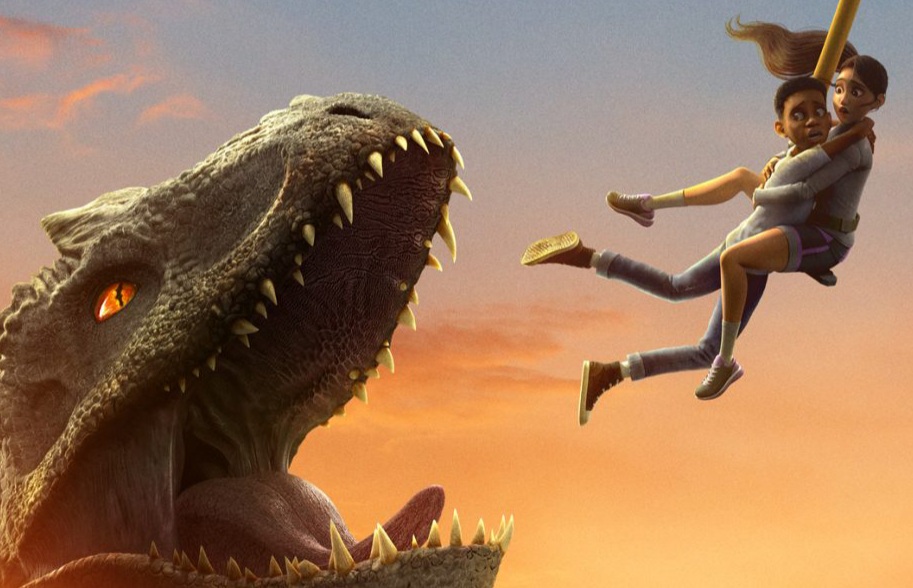 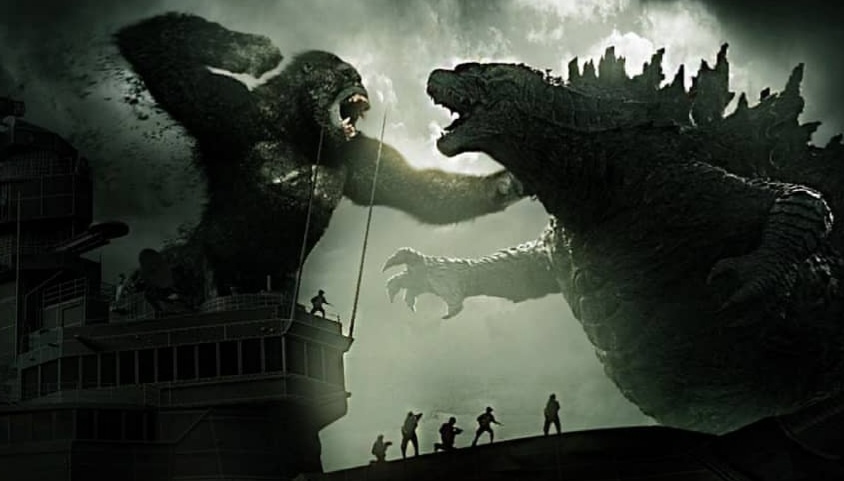 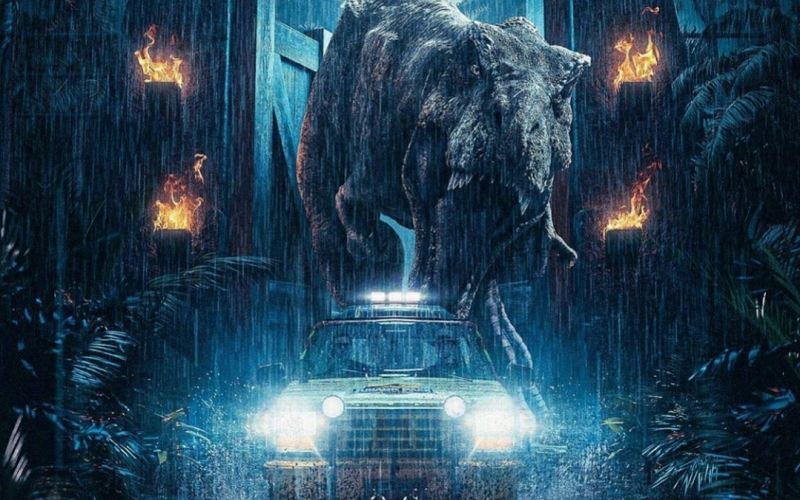 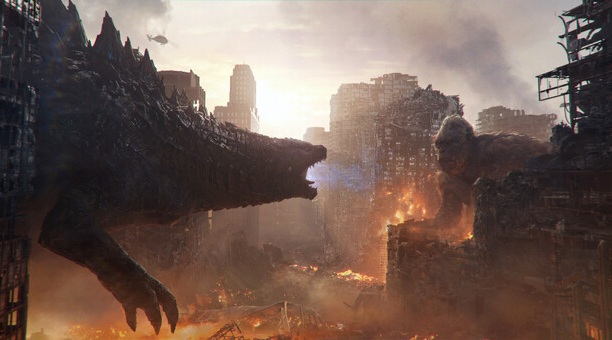 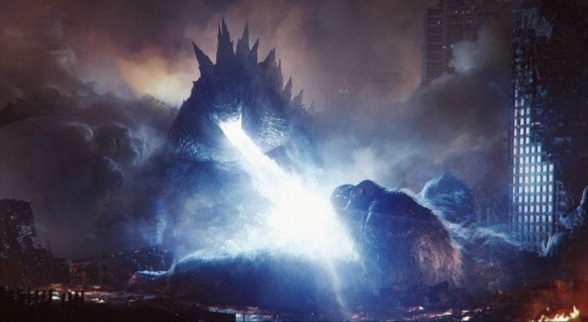 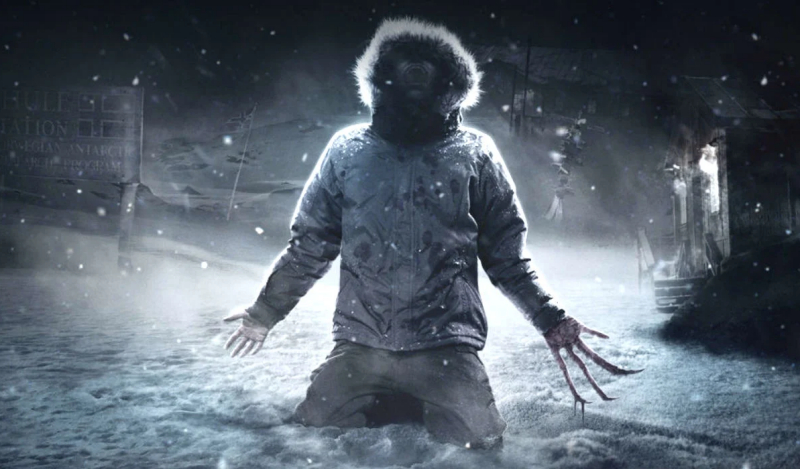 Universal Pictures and Blumhouse Productions have teamed up to develop a new The Thing movie remake! Based on the recently uncovered novel Frozen Hell, this remake will offer more backstory to the story which spawned The Thing and The Thing From Another World!

What is Frozen Hell?

Frozen Hell is the expanded version of John W. Campbell Jr.'s novella Who Goes There? from back in 1938 which acted as the foundation for The Thing. Recently Science fiction author John Betancourt created a Kickstarter to fund the release of the full-length novel which is said to expand the Thing story dramatically, giving vital backstory and context to the iconic sci-fi tale. The campaign took off fairly rapidly and Executive producer Alan Donnes took to Facebook last Friday to announce the following: 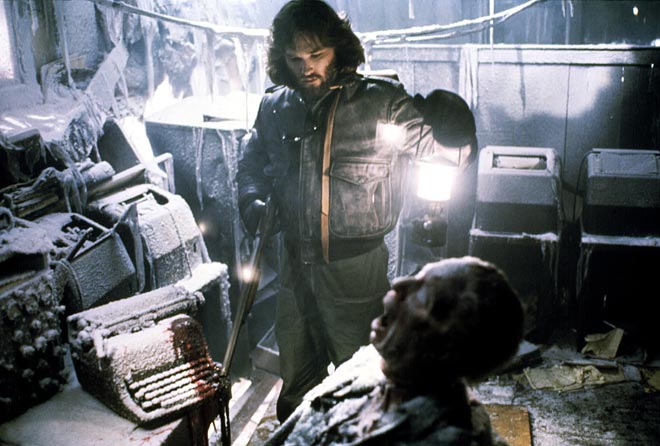 It's OFFICIAL! I received my signed contract and first check! I am Executive Producing a remake of THE THING but with additional chapters of John Campbell's groundbreaking novel, Frozen Hell, that had been lost for decades. Now, for the first time ever, Campbell's full vision will be realized on the big screen. The new film will include the very best of RKO's THE THING FROM ANOTHER WORLD, John Carpenter's classic THE THING and both books, Frozen Hell and Who Goes There?

The Thing is one of sci-fi cinema's most iconic thrillers, stranding a team of scientists in the Arctic after discovering an ancient Alien organism buried in the ice. The 2011 reboot attempted to reinvigorate the franchise but offered little in terms of expanded backstory - exploring the crashed Alien vessel briefly during the film's climax, but ultimately leaving many questions still unanswered.

Thanks to this expanded source material, it sounds like this new The Thing remake could breathe some new life in the dormant franchise and possibly even spawn a series of new Thing movies based in it's own cinematic universe!

Are you thrilled to see where Universal and Blumhouse take The Thing next? Let us know in the comments!

Ever since H. G. Wells published The Time Machine in 1895, science fiction has been one of the most popular entertainment genres. During that time, the father of science fiction wr... Read More

A mysterious alien world, Androids, Humanity's fate and Ridley Scott. What more could you want?! While fans of Ridley Scott's Prometheus and Alien: Covenant await word from Disney ... Read More

Battlestar Galactica first premiered in the '70s and garnered a cult-like following like no other show before it. The Sci-Fi series was ahead of its time, as the storyline was ba... Read More

The Star Wars franchise is one of the most extensive franchises in the Science-Fiction genre. It has well-over 350 books now, which will take anyone ages to read. It also has numer... Read More

Are you a science-fiction fan looking for a way to have fun with your friends? There’s always the option of a game night playing board games based on Sci-Fi themes. Themes ... Read More

I have mixed feelings about this. The 2011 reboot was pretty much a re make with a different cast and was serviceable to watch if you didn't see the Carpenter version.

I liked the mystery of The Thing and think it is a good stand alone movie. I am unsure if a prequel is needed.

We saw how the Alien prequels took away a lot of mystery from the original movie, and I would not want that to happen with The Thing- do we need a "franchise"?

At any rate, it might be worth a watch since it is based off the original version.

Hey, The Thing 11 is not a reboot or a remake - it's a prequel to 82. One of the best prequel throughout history.

And the new film is an adaptation of the book. Moreover, The Thing 1982 & The Thing From Another World 1951 cannot share one backstory, in principle!

And yes - you know how I feel about all these: "oh no, the mystery has been lost" or "the mystery needs to be kept". Oh, c'mon!

Leto I understand it (2011) is a prequel, but it mostly played out like the 82 version. The only real differences were showing the facility where the thing was taken from the ice and the ending with the dog that linked directly to the 82 movie (that part was actually pretty good).

I agree The Thing (2011) felt more like a superficial remake of Carpenter attempting to modernise it with (ironically dated) CGI. It was a serviceable addition and prequel but it lacked the masterful pace and suspense of the former. Perhaps because we already knew the foregone conclusion of the Norwegian team? It did ask and explore some interesting questions of the thing organism.

Carpenter's was a Masterclass of execution and attention to detail. If you haven't seen Collective Learning' breakdowns on the film here is a starter

Happy for a new installment in The Thing mythos but will wait and see on the details. Going to go and re-watch the 82 film now XD

OT- The Thing in 1982 was the first real scary movie I saw in a theater. I tagged along with my older brothers. I never saw a move like that before and it scared the shit out of me back then. Later, my oldest brother teased me saying that I didn't actually see The Thing but actually saw The Hand since I covered my eyes so much! Still, there was no escaping hearing the chaos and imagination making things just as bad.

Just watched the 1982 version again. It now seems like a who dunnit movie of sorts.

With all the debate, it still seems we don't know who was infected or when. I noticed Clark was licked on the mouth by the dog at the beginning and Blair touched a brush to his mouth after touching the burnt specimen during the initial study.

There are some very good videos out there on the subject, but it is amazing that a theatrical clunker turned out to be so influential and relevant to this day.

I noticed Clark was licked on the mouth by the dog

And he was not infected. This is a kind of bait, so that the viewer would think: "Yeah, he’s definitely the Thing now!" But no, and this is strange. It turns out that to touch The Thing and even be licked by it doesn't mean to become infected.

The Thing is one of my favorite films.

The casting was perfect and similar in comparison to Alien in the amount of "character" actors included and I thought the special effects were fantastic.

The news of a remake opposed to expanding the universe with the original film intact is a little bit of a downer.

Today's CGI could pick up right where the film left off or show what happens after the final exchange in between MacReady and Childs and this update seems to lower the chance of that happening.

All that being said...I'm still very excited to see the news and look forward to seeing a trailer or concept art.

I am satisfied with the 82 ending. I like that it seems ambiguous, but clues are left all over the place if payed attention to. It requires more than one watch (at least for me).

It is hard to imagine a remake being better than Carpenter's version, but I would check it out. It will need to offer enough different things to make it worth while though. I have not read the story so I don't know what was left out or expanded on or even embellished.

BlackAnt replied to Aliens Mistake Discovered, pointed out by BlackAnt

SamsonSigmund replied to The long wait for the director's sci-fi

Kattozilla commented on Legendary Godzilla redesign by UEzilla blends old with the new! from the Godzilla Movies website!

Kattozilla replied to Aliens Mistake Discovered, pointed out by BlackAnt

Leto replied to Aliens Mistake Discovered, pointed out by BlackAnt

dk replied to Aliens Mistake Discovered, pointed out by BlackAnt

VivisectedEngineer commented on Lack of Alien Day 2020 hype is disappointing... from the Alien: Covenant website!

Biggmonsterman666 commented on Godzilla vs. Kong May be Getting Delayed Again from the Godzilla Movies website!