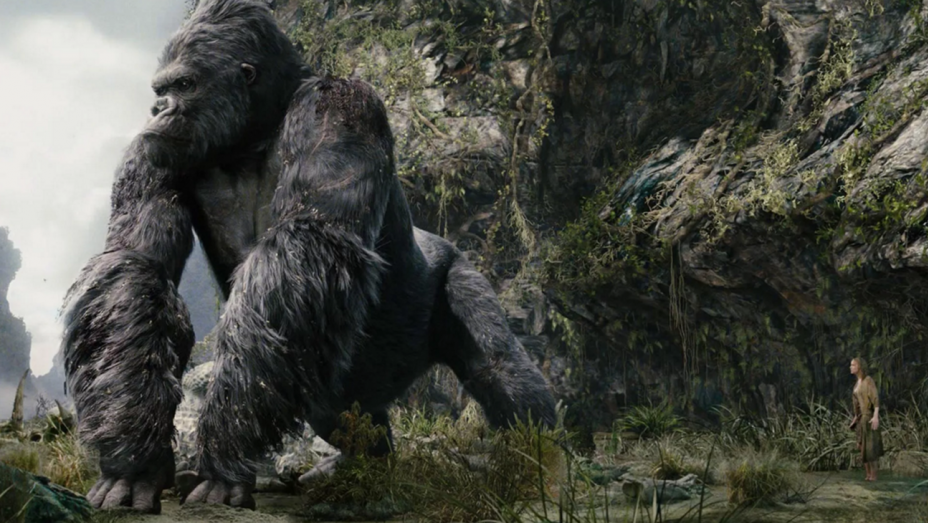 This week marked the start of Cine Europe, a industry trade show in Spain. The first studio presentation this year was Warner Brothers, which previewed its upcoming film slate, including Kong: Skull Island. Footage for the film was showcased but not described, although the Director Jordan Vogt-Roberts teased how the new King Kong would be different.

"This is going to be the biggest Kong there's ever been," boasted director Jordon Vogt-Roberts. "Not 10 foot or 30 foot, but a 100-foot ape."

In comparison, the Legendary Godzilla is considered to be about 350 feet tall. In his last film appearance in the 2004 film 'King Kong', the titular area was only 50 feet tall. Kong has nearly doubled in size, which will enable him to take on Godzilla at a much more equal footing. It remains to be seen how this confrontation may play out, but now at least King Kong will not be faced with a huge size difference.

Kong: Skull Island is the second film in a series of Monster-focused movies put together by Legendary, Warner Brothers and Universal. Acting as a semi-sequel to Godzilla (2014), as well as a prequel to 2019's Godzilla 2 (which is now looking for a new director), the series will conclude with Godzilla and King Kong re-matching in 2020.

Kong will need to be bigger if we want to see a proper fight between him and Godzilla, but it's a start. Perhaps Kong will be a juvenile in the movie, meaning he'll grow to Godzilla's size? Or he'll absorb radiation and get bigger as a result? I don't know. I just want King Kong able to look Godzilla in the eye before they fight.

Ditto KingKaijuGojira. Wouldn't be much of a fight if a 100 ft Kong took on a 350 ft powerhouse Godzilla. Still, Skull Island should be good. Can't wait!

"The biggest Kong that's ever been"

Except he was 140+ feet tall in the original King Kong vs. Godzilla.

Skull Island takes place in the 1970s. Something tells me a growth spurt happens within the next 4(ish) decades.

This really makes me wonder if perhaps Legendary got rights to another smaller (in name not necessaily size) toho monster to fight Kong on his island.

Every Kong movie has had him take on something on his island to prove his title. The most iconic is the t rex, but a 100 foot kong is a little much for that. Perhaps a Gorosaurus rematch?

Wishful thinking of course but still would be fun.