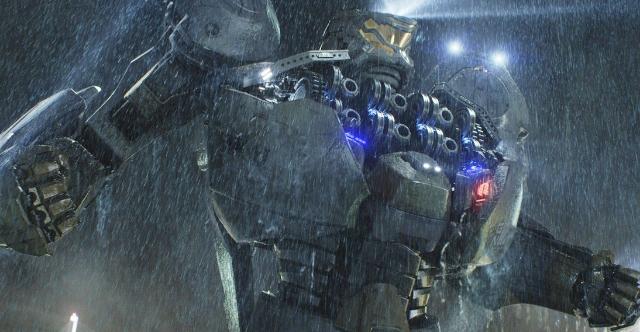 One of the leads for 2018's Kaiju re-match Pacific Rim 2 and co-star of Star Wars: The Force Awakens as well as Star Wars Episode VIII, John Boyega recently teased his character for the Pacific Rim sequel! Posting a production photo of Pacific Rim's Jaeger Gipsy Danger, with the tagline: "Dad's legacy #2018". 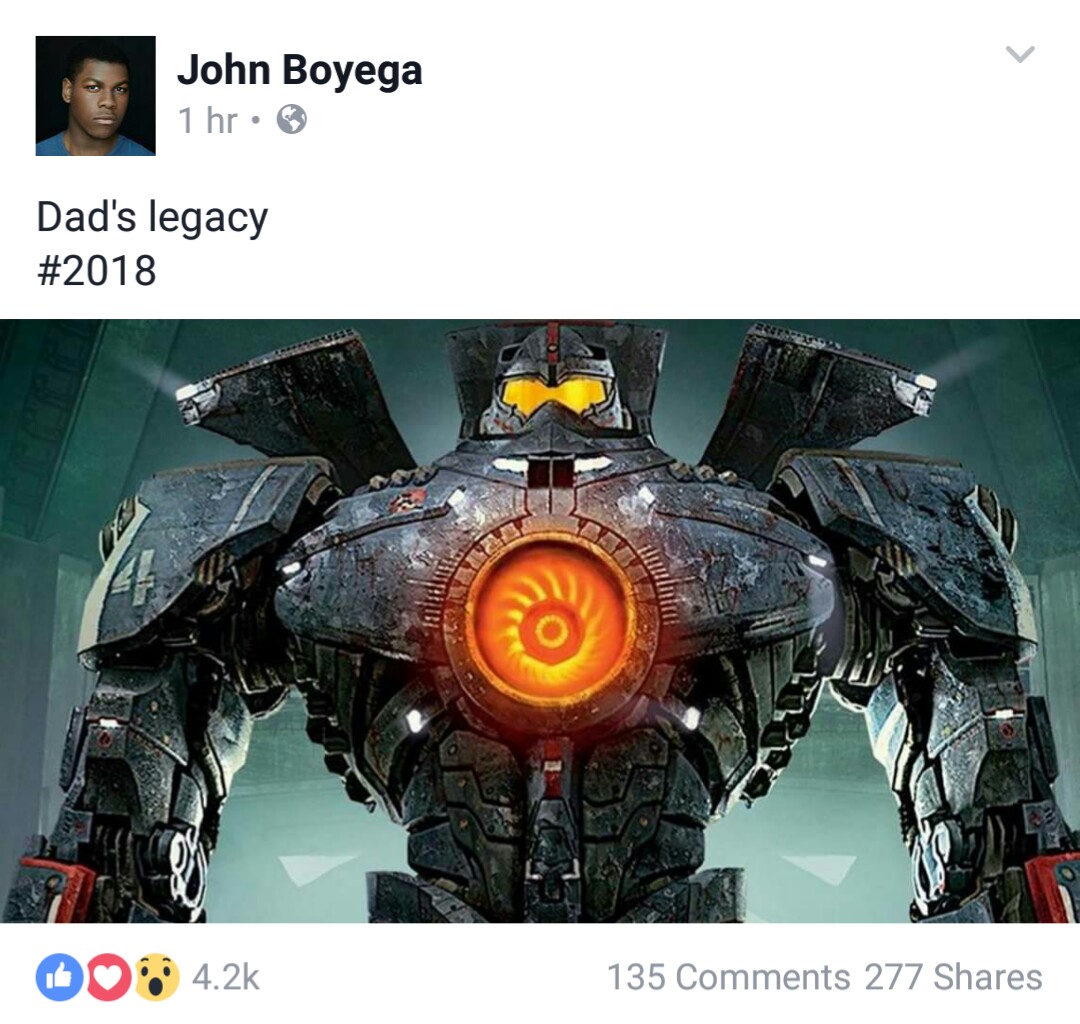 Boyega will play Idris Elba's character's son. Elba played the role of Stacker Pentecost, one of the heads for the Pan Pacific Defense Corps and a respected Jaeger Pilot veteran. He unfortunately met his end when he sacrificed his life to detonate a nuke strapped to Striker Eureka's back in an attempt to kill the Kaiju known as Slattern from reaching the surface. He no doubt carries a hefty legacy having been part of the attack which (for the time being) severed the access point between the Drift and Earth.

Boyega will likely, by the sounds of it, carry on the Pentecost legacy, as an upcoming Jaeger Pilot.

What do you think of Boyega playing the role of Pentecost's son? Let us know in the comments section below! 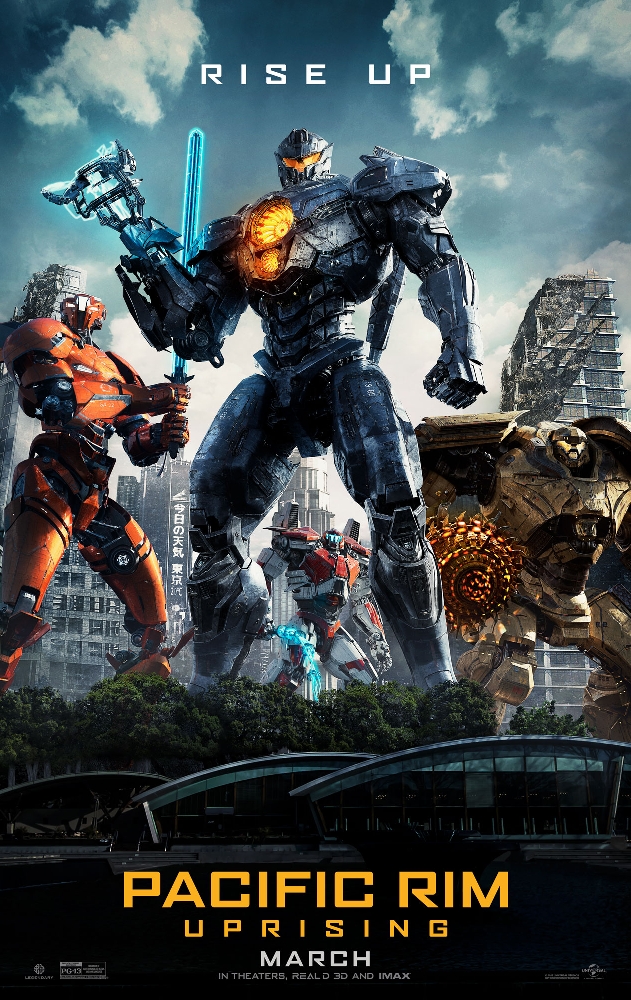 Stay up to date with the latest news on Pacific Rim Uprising by liking Scified on Facebook and by following us on Twitter and Instagram! Also, consider subscribing your email to our Pacific Rim 2 blog for instant notifications of when new posts are made!

It was confirmed he'd play Pentacost's son when he was first announced. ;)

Ah yes, I do recall haha I've adjusted the post accordingly. We're not sure if he'll be a Jaeger Pilot like his father was or not. But this image and tagline kind of suggests so. It'll be a more serious role instead of the one he played in TFA I imagine.

I understand everyone wants sequels to movies they enjoyed but...doesn't it cheapen all of the events of the first movie to say "Oh you thought that all mattered? Nope. Monster's back."