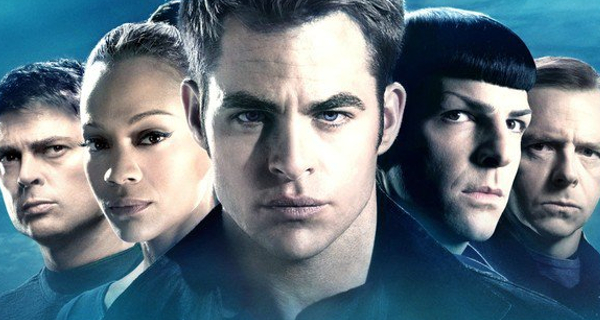 It is sad to think that Star Trek Beyond will be one of the last films in which we will ever see the awesomely talented young actor Anton Yelchin. Although the loss of a popular celebrity always hits fans hard, the death of one so young is truly heartbreaking. Had his untimely passing not had been Anton Yelchin could have, and probably would have had a long and prosperous career as one of Hollywoods finest actors, something he had already proved in his oh so short career.

Set to Rihanna's newest song Sledgehammer from the movies soundtrack, this final trailer before the movies July 22nd release sets a more dramatic tone than previous trailers, and it's all the better for it.

Not sure how I feel about a "pop song" in a Trek film. Feels more commercial than it needs to be and I'm getting cynical flashes to Puff Daddy's "Come With Me" from the Godzilla '98 abortion.

Though I admit it works well with the trailer, the last thing that Rihanna screams is "Star Trek". The trailer looks fun, but maybe spoils a bit too much. I still prefer the second trailer more.