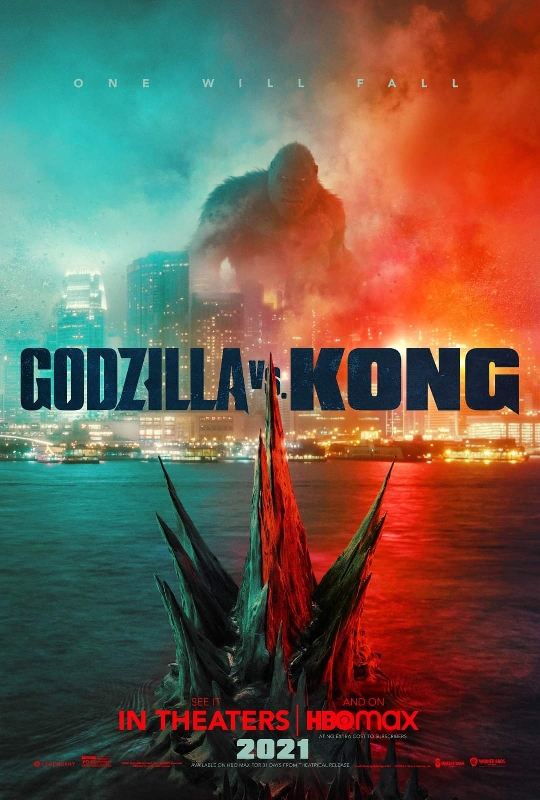 So, I watched Godzilla Vs Kong on Wednesday.  I'd give it a 7/10 and it was a good movie.  So I'll break down 6 things I liked about it and 3 things I didn't like about it.

1. The human characters.  They're terrible.  So, so awful.  Besides Madison Russell (Millie Bobby Brown), at least.  But anyways....Team Godzilla does absolutely nothing to propel the story (besides see and later hack into MechaGodzilla).  Team Kong is mostly annoying besides Jia (Kaylee Hottle).  Characters that could've been interesting like Ren Seriwaza (Shun Orguri), Walter Simmons (Demian Bichir), and Maya Simmons (Eliza Gonzalez) are mainly forced to the sidelines and eventually get offed during the 2nd and 3rd acts.  Character development is clearly squashed in order to get as much action as possible.  Also, the equally as bad script makes them worse as most of the characters try to crack jokes and quips that aren't funny.

2. The last 20 minutes.  When Jia tells Kong via sign language "Godzilla.  Not.  Enemy."  Just because Godzilla ended up being the winner and almost killed Kong.  They team up to beat MechaGodzilla, and they go their seperate ways and the movie ends abruptly with Kong apparently "King" of Hollow Earth with no post-credits scene.

3. It's so predictable.  That's it.  Godzilla wins because there's more fans for him than King Kong.  They team up AFTER the winner is decided.  Nobody dies.  It's all predicable.

On to the ups now, shall we?

2. The story is actually coherent for once.  KOTM had an absolutely mediocre plot and KSI's plot was non-existent.  This is the type of plot that GVK's predecessors never had.

3. The cast all give solid performances even though their characters mostly suck.

4. The battles are great.

5. WB actually gives us a winner.  Even though it's the most obvious option, the argument has been settled for the time being.

6. The score.  Junkie XL had already broke big with the incredible work he did on Zack Snyder's Justice League, and I was skeptical when I first heard the score on it's own.  But mixed in with the movie makes it all the more better.

Also, this movie is the best in the MonsterVerse, hands down.

So anyways, that's all!

Godzilla vs. Kong is now playing in theaters and HBO Max.

Other Godzilla vs. Kong Reviews